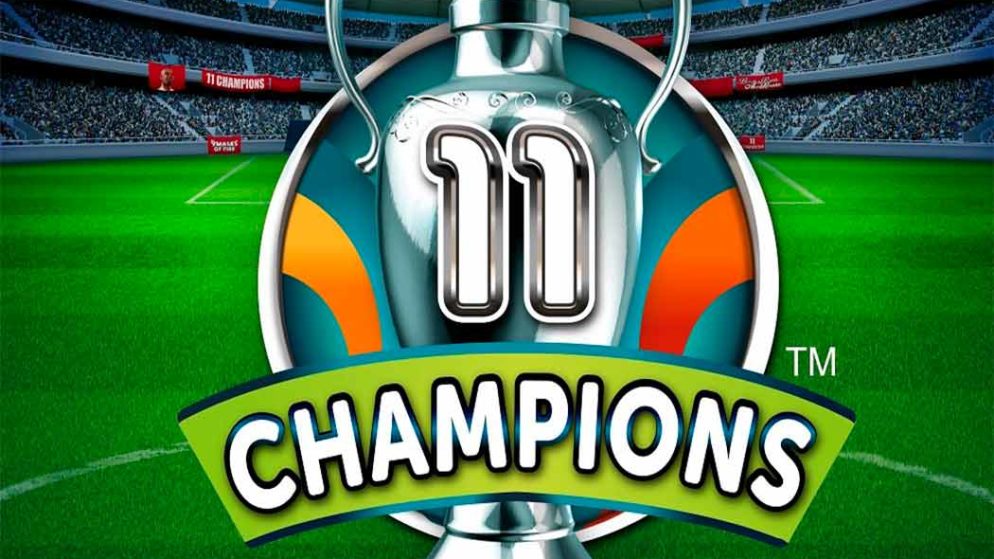 Meet the football-themed 11 Champions slot machine developed by Gameburger Studios and Microgaming. 11 Champions is the third football-themed slot machine after Football Star Delux and All Win FC to appear at Microgaming Casino in such a short time. Microgaming wanted to coincide all these slots with Euro 2020, which was postponed to next year, and now, thanks to the efforts of Microgaming and their partners, you have the opportunity to immerse yourself in the atmosphere of football without leaving your home.

The 11 Champions slot machine has five reels with three symbols on each and 20 paylines, winnings will be formed when three or more identical symbols appear on one line only from left to right.

You can visit the stadium and take part in a football match on all compatible devices from 0.20 to 50 euros per spin. Playing in slot 11 Champions you can get good wins exceeding your bet by 5000 times.

Special symbols of the 11 Champions slot

Action Reel is a horizontal reel located above the main playing field. Blank Dribble, Pass, and Shoot will appear on this reel. This reel spins during each spin, and if one of these inscriptions hits the gate, you will see one of the following features:

Blazing Wild Streak – if you activate this function, you will get respin. During this respin, all symbol positions containing a frame will become wilds. Any winnings that occur during this respin will be calculated taking into account the multiplier coming with the Shooting symbol.

Jackpot – activated when 3 bonus symbols appear on the second, third, and fourth reel. If this happens, you will see 12 cards face up. Each card is associated with one of four jackpots and as soon as you open three of the same, you will receive the corresponding jackpot.

Summing up, 11 Champions is a rather exciting slot with a sports theme, playing in which you will plunge into the atmosphere of football and you can win one of four jackpots.