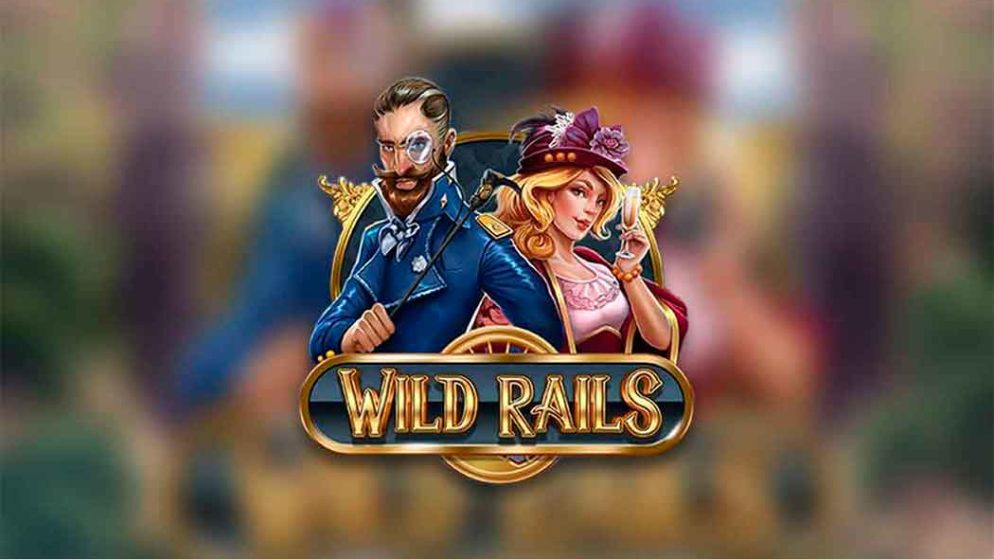 Visually, the Wild Rails slot looks great and of high quality. Opening the slot you will see a gorge connecting two mountains, between them there is a four-level railway bridge, on which trains ride. Actually this bridge is a kind of gaming reels. An interesting point is that instead of the usual rotation of the game reels, you will see how cars with symbols move horizontally – from left to right. Among these symbols, you will see images made in the style of steampunk. They include standard card names from 10 to A, as well as four travelers – two men and two girls.

One of the girls who holds a fan in her hands is the most profitable symbol and can bring a prize of 20 times your total bet. There is also a wild symbol in the slot (a carriage with the corresponding inscription), it brings in independent payments that can bring a win 30 times your bet, and also fulfills the standard obligations of replacing all symbols except the scatter for more frequent winnings. The scatter symbol is (a carriage with a golden train) when it appears in the right amount, it activates a round of free spins.

Wild Trains is a randomly launched feature that awaits you while playing in the Wild Rails slot. This function can be activated during absolutely any rotation, so you can get cars in four horizontal rows, and up to five wild characters can appear on them. As a result, you will have the opportunity to earn good prizes.

Free Spins feature – runs when three, four or five scatter symbols appear on the playing field. As a result, you will become a member of five, seven or 10 free spins. Of course, such a number of free spins may not seem very large, but you will have the opportunity to increase their number. To do this, you need to collect three more scatter symbols that will appear during the function. And as soon as you accumulate three more scatter, one more will be added to your existing rotations.

Also note that during the free spins, one Wild Train will appear on each back, but their number will also increase by one for every three scatter symbols collected. As a result, you will have every chance to get spins with four Wild Trains on the playing field, which in turn will bring you great prizes.

Summing up, Wild Rails is an interesting slot machine with an unusual design and impressive bonus features that will help you earn great prizes.