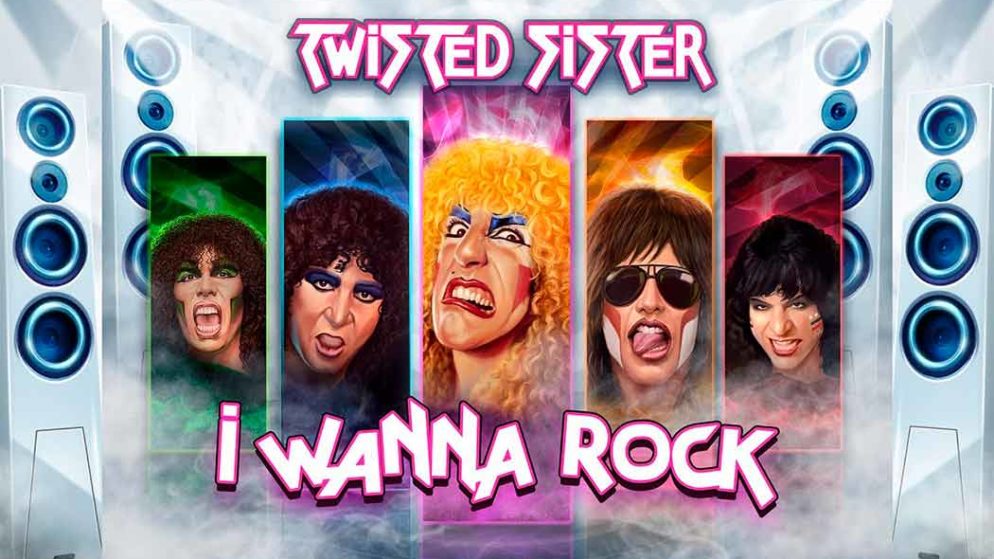 Twisted Sister is equipped with a 6×6 playing field, winnings are generated using the Cluster Pays system. In order to get paid, you need to catch 5 or more symbols in the cluster. Then the winning symbols are removed from the playing field so that new ones can fill in the empty spaces.

The Twisted Sister slot has average volatility, therefore, the rewards are not as high as in other games of this developer. Nevertheless, you can get the maximum win of x4500, the RTP of the slot is 96.20%.

In the Twisted Sister slot machine there is not one, but two Wild symbols at once, a standard wild and a Wild Scatter in the form of an Angry Dad. The standard Wild replaces any symbol (except Wild Scatter), helping to create winning combinations. At the same time, Wild Scatter not only replaces any other symbol but can also activate the We’re Not Gonna Take It feature.

There is also a huge 2 × 2 mega symbol in the Twisted Sister slot, which becomes active during the We’re Not Gonna Take It feature and will create winning combinations along with any of the group members.

Guitar Charge – all winning clusters with group members fill the Guitar Charge counter. When the meter has at least 5 charges and there are no more cascades, the features associated with the participants are activated:

We’re Not Gonna Take It – when the Angry Dad symbol appears on the playing field and becomes part of a winning cluster, it is collected in the anger counter. As soon as you collect 4 or more of these symbols, the We’re Not Gonna Take It function starts. If you collect 5 or more Angry Dad symbols, the counter is recharged and the winning multiplier increases.

Concluding, I want to say that Twisted Sister is a great slot machine based on the rock group of the same name, playing it you will find interesting features with which you can get good prizes.