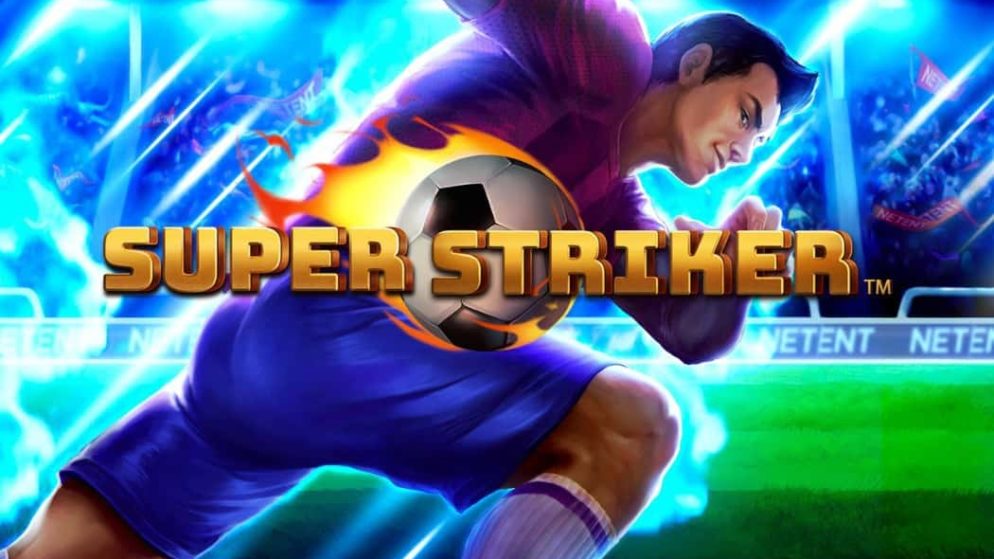 Super Striker is a slot machine with a sports theme from Netent developers. A football-themed Super Classic slot machine with classic settings will appeal to fans of this sport. Therefore, it’s time to go to the stadium, cheer for your team, and at the same time replenish your pockets.

On the technical side, Super Striker is a slot with a 3×3 playing field and five fixed paylines. Winnings are awarded when three identical symbols appear on the same line from left to right. You can join football fans on any compatible device, choosing a bet from 0.10 to 75 euros per spin. The Super Striker slot has medium-high volatility with a default RTP of 96.04%. But note that if the Bet Slip function is active, the RTP will increase from 96.04 to 96.93% depending on the selected bet. The maximum possible win that you can get by playing in the Super Striker slot – x5000.

The Super Striker slot does not have a wild symbol, so all attention is focused on two scatters, which are activators of some features. The first Football Scatter is a soccer ball, the second Golden Scatter is a golden soccer ball, can land anywhere during the main game, and show a multiplier of x10 or x20, which will apply to win.

Free Spins feature – activated if 3 soccer balls or one golden ball with two ordinary balls anywhere on the reels appear on the playing field. As soon as this happens you will get 3 free spins.

During free spins, only golden balls will appear on the reels. Each of them has its own multiplier from x1 to x50. When the entire playing area is filled with Golden Scatter symbols, you go to the next level and also get a prize equal to the sum of the multipliers on all the golden balls multiplied by the multiplier of the current level. Also, note that initially, you get only three spins, but each golden ball that appears on the field will restore their number to three. The function ends when you have completed all five levels or you will not be able to catch additional golden balls.

Another feature that was previously introduced in the Scudamore’s Super Stakes slot machine of the same developer is called Bet Slip. You can activate it at any time by clicking on the notebook located on the right side. Then you need to select a symbol, then the number of spins for which it should appear and place your bet. If you guess, and the symbol you have chosen appears the right number of times you will receive your prize.

In conclusion, I want to say that Super Striker is a fascinating slot machine with a football theme. Playing it you will see the familiar functions used in other slots. Among which are free spins with multipliers of up to x50 from the Donuts slot of Big Time Gaming developers and the Bet Slip function from its own slot called Scudamore’s Super Stakes.