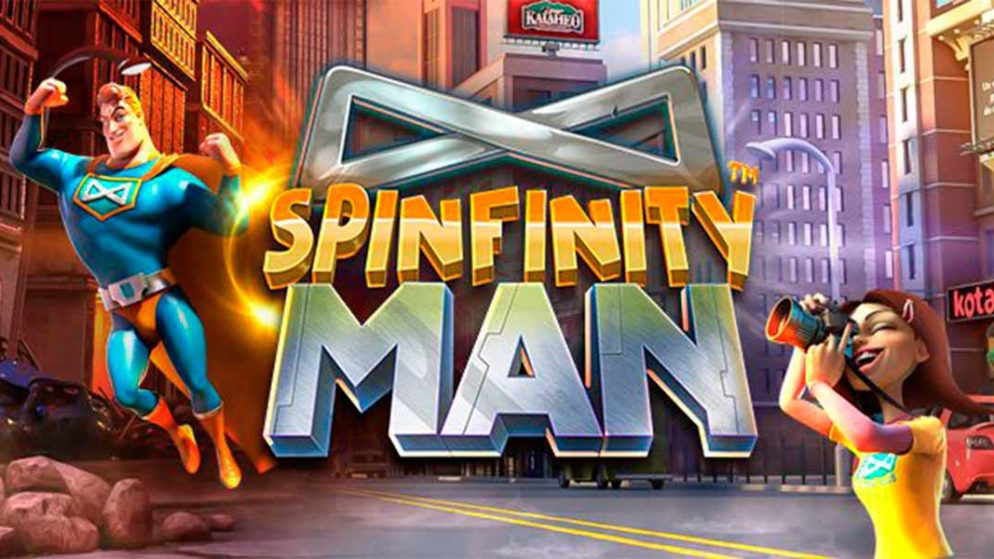 A fascinating Spinfinity Man slot machine with superheroic themes from the Betsoft developers. In the modern world, the theme of superheroes is quite common. With their participation, a huge number of comics have been released, many cartoons and films have been shot. And of course, there was a place for them in the online world. After all, there is nothing more interesting than observing another superhero who is ready to do anything to defeat the villains and help you become richer thanks to his super abilities. It was in this genre that the next Spinfinity Man slot machine from Betsoft was developed.

Opening the Spinfinity Man slot, you will see a bright and colorful interface with high-quality 3D graphics, as well as impressive effects and sounds. A distinctive feature of the slot machine is that, unlike other models, an unusual structure of the playing field is waiting for you here, namely 7 reels with 7 rows for symbols, and instead of the usual lines, the Cluster Pays system is used here, thanks to which your winnings will be formed.

As befits a slot machine with a superheroic theme, the main characters are the superhero Spinfinity Man and the villain Mr. X, each of them has interesting abilities, which we will discuss below. Also on the game reels, you will see a set of symbols in the form of card names from J to A, three power stones and a power crystal, which is the most profitable image. Also, pay attention to the symbol in the form of an infinity sign – this is Wild, which is able to replace the missing images for the more frequent formation of winning combinations.

As befits a slot about superheroes and villains in Spinfinity Man, you will find features that are activated by the main characters. Features of Spinfinity Man are active in the main game. In order to activate them, you need a superhero to appear on a 2×2 playing field, after which you can see one of three super abilities:

Free Spins feature – to activate it, you need to fill in the counter located on the right side of the playing field with ten symbols of Mr. X. After that, you will receive ten free spins, but now the super hero’s abilities will become the villain’s abilities. Thus, when a 2×2 villain appears on the playing field, one of the following functions is activated:

Another interesting feature is called Fan Girl Fame, it is activated if you get six consecutive winning clusters. After that, the fan will start taking pictures of the superhero, while simultaneously removing a random number of characters from the game screen.

Summing up, Spinfinity Man is an interesting and fascinating slot machine that users will undoubtedly like and will be a great addition to the Betsoft game collection.