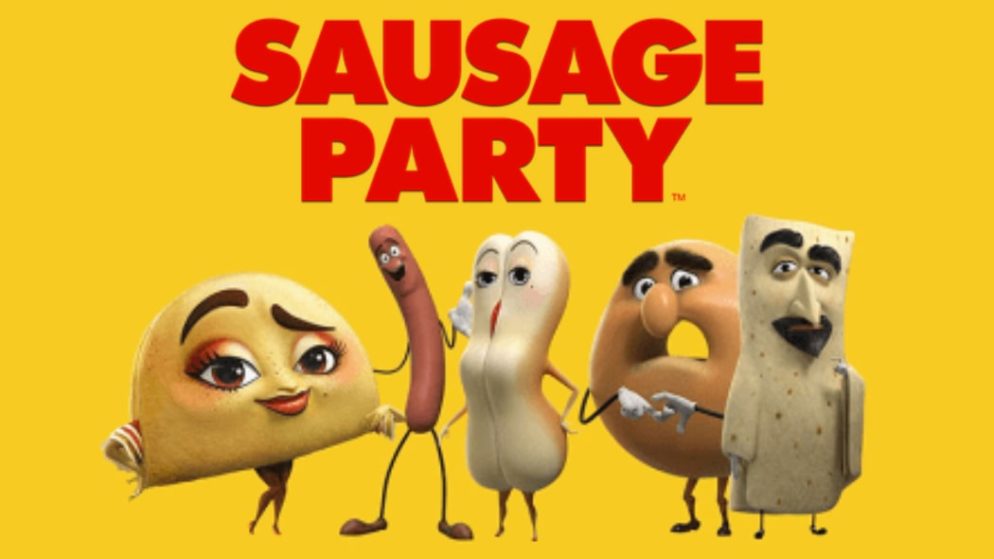 Sausage Party – a fun slot machine from the developers of Blueprint Gaming based on the movie of the same name, the animated comedy that was released in 2016. As a result, it turned out to be a very funny and unusual slot machine filled with characters, animations, and videos taken directly from the animation movie.

The main actions of the Sausage Party slot will take place in the Shopwell supermarket, where the playing field is located. On the technical side, the Sausage Party slot machine is equipped with five reels and 20 lines on which your winnings will be formed. In order to get paid, you need to catch three or more of the same symbols (except for the logo of the slot, two pieces are enough) on one of the winning lines.

In the payout table, you will see less valuable symbols represented by the names of playing cards from J to A. The characters from the film are more profitable: Sammy Bagel Jr., Pita, Brenda, and Frank. The highest paid regular symbol is the slot logo, five of them on the same line give you a 25x bet.

The Immortals – can be activated randomly during the main game, after which you can get a spin with one of six additional features:

In addition, you will have six different options for bonus games, access to which you will receive as soon as at least three scatter symbols appear on the playing field. It can be: Still Fresh Bonus, Gettin’ Juiced Free Spins, Bread Bashing Free Spins, Bun In The Oven Free Spins, The Even Greater Beyond Bonus. Each of the features represents a fascinating round with certain additions.

Summing up, it is worth saying that the Sausage Party is a really high-quality and insanely interesting slot machine with a huge variety of features, as well as good winning potential.