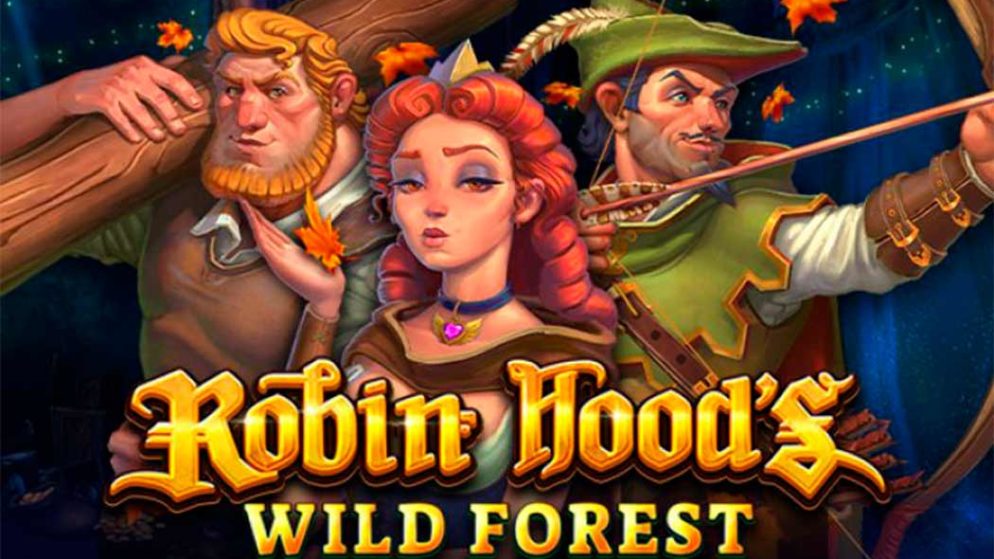 The playing field of the Robin Hood’s Wild Forest slot, located against the backdrop of stolen jewelry, consists of five reels and 10 paylines. All symbols presented in the slot play from three pieces, which means that in order to get a win you need to catch three or more identical symbols on one of the prize lines.

You can join the brave Robin Hood on all compatible devices by choosing your preferred bet, the range of which varies from 0.10 to 100 euros per spin. In the Robin Hood’s Wild Forest slot has medium volatility and RTP of 95.68%, the maximum payout per spin is over x1000.

There are no bonus symbols in the Robin Hood slot machine since all the features in this slot are associated with wild symbols, which have four options at once. The first (heart) fulfills standard replacement duties. While the three others represented by the main symbols (Robin Hood, Lady Marian, and Little John) have their own specific features, which we will discuss in the next section. All four wild symbols can bring independent winnings 3, 10, or 30 times more than your bet for three, four, or five images on one line.

The feature of Lady Marian is that when this symbol lands on the playing field, you will see that Marian will send an air kiss, after which additional wild symbols will appear in the places where the kisses land. How many wilds will appear can not be predicted, because each time wild symbols can be a different number.

The feature of Little John is that if this symbol appears on the playing field you will see that it will break all the symbols of low value. After which you remove these symbols from the playing field, and in their place new high-paying symbols will appear. This will help you get a better combination.

The feature of Robin Hood is that if a given symbol appears on the playing field, it will release its arrows into one set of randomly selected symbols. Then you will see that the symbols struck by arrows are covered with a lock and blocked in their places. Then a respin follows and if during it symbols corresponding to the blocked one drop out on the playing field, the actions are repeated. These spins will continue until the necessary symbols land on the reels or until the entire playing field is filled with them. Also note that if the repin did not bring the desired symbol, Robin can release his arrows again in order to fix this.

To summarize, I want to say that Robin Hood’s Wild Forest is another exciting slot machine based on the bold Robin Hood, which will do anything if you would not leave empty-handed.