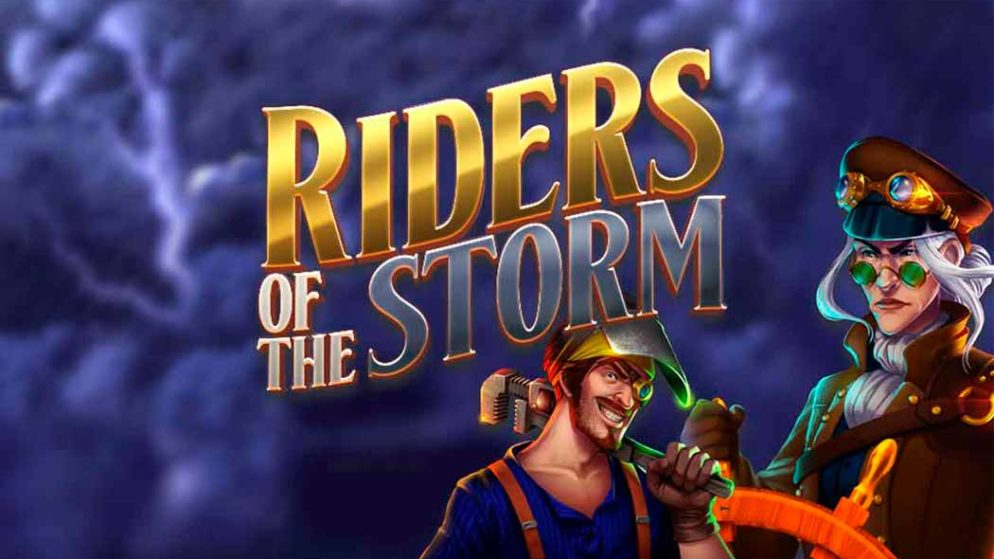 Riders of the Storm

Play For Free
on slotsmillion.com

Riders of the Storm Slot review

Fortunately, the appearance of the long-awaited Thunderkick slot called Riders of the Storm meets all expectations, and this is felt from the first minutes after its launch. Opening the slot, you will find yourself in the center of a stormy sky because it was in the sky that the developers decided to position the playing field, which in principle becomes logical given the name of the game. In terms of storytelling, he has a sense of steampunk and is centered around three characters on a long journey.

On the technical side, the Riders of the Storm slot machine is equipped with five reels and 243 ways to generate your winnings. A set of characters in the form of names of playing cards from 9 to A, a hook, an anchor and a helm, as well as three main characters: a mechanical engineer, a hunter, and a captain will help you in this. The latter is most useful, giving you 15 times your bid for a combination of five such images. There is also a wild symbol (crystal), it not only performs the usual function of replacing images but also has other advantages, which we will discuss below.

Bonus features of the Riders of the Storm slot

As mentioned above, the wild symbol performs not only standard replacement functions but can also appear in the main game with a 2-fold multiplier. The main game also has the Mystery Wild Reels function, which can be activated accidentally, as a result of which up to four-game reels can be completely filled with the wild symbol, which means that you can get great chances of getting a big win.

Also, an equally important image in the game is the scatter symbol (compass). Since three, four or five of these symbols anywhere on the reels will bring you a gain of 2, 20 or 200 times your total and send you into a round of free spins. Before you begin, you will need to choose one of four possible options. Here’s what is suggested:

Summing up, we can say that Riders of the Storm is a fascinating, high-quality and interesting slot machine, which will be a great addition to the Thunderkick game collection.