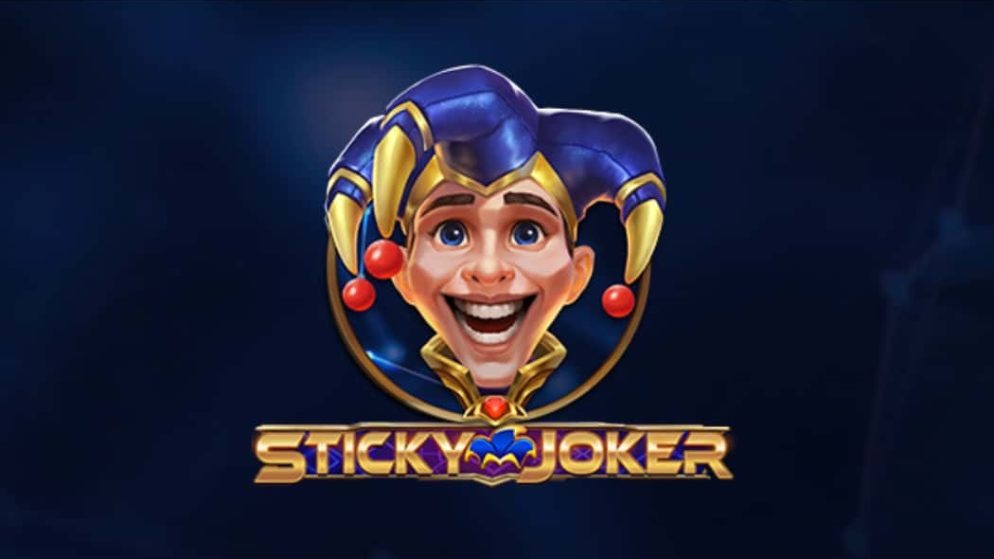 A classic-style Sticky Joker slot from the developers of Play’n GO. Sticky Joker is the sixth addition to their successful series of starring Joker games. Prior to this, Fire Joker (it remains one of the most popular slot machines of the studio to date), as well as Inferno Joker, Chronos Joker, Xmas Joker, and Star Joker were presented to our attention.

On the technical side, Sticky Joker is a 3-reel, five-line slot with good winning opportunities. The rules are quite simple: collect three identical symbols on five lines to get a standard win, but that’s not all. As the name implies, sticky jokers are waiting for us to diversify the gameplay (more on that later).

The payout table contains fruits such as cherries, lemons, grapes and plums, as well as bars, stars and red sevens. The following are the most valuable regular symbols, 3 of them on the same line paid 5 times the rate.

Sticky Joker slot has medium volatility with a default RTP of 96.74%. Some casinos may offer it with various settings at the level of 94.67%, 91.48% or lower, so always read the help file to find out which version you will play.

The most important symbol in the Sticky Joker slot is the joker (jester), it acts as a wild symbol. It can form independent combinations, brings a gain of 8 times your bet for a combination of three, replaces all other images in the game, and also starts repeated spins.

As you may have guessed, the joker is the main key to activate the bonus features provided in the Sticky Joker slot. The first feature is called the Respins feature – it is activated every time at least one wild symbol appears in any position on the playing field. As soon as this happens, you will see that the wild symbol is fixed in place, and the remaining symbols spin again. If during the respin other wild lands on the playing field, it also blocks and starts another re-spin. Respins continue until new wilds appear or until you fill all the necessary positions with jokers.

The second feature is called Wheel of Multipliers – it is activated if, at the end of the respins, four wild symbols are visible on the playing field. You will see a wheel divided into 12 sectors, each of which has a multiplier of x2, x3, x4, x5 or x10. When the wheel stops spinning, the multiplier on which it stopped is applied to the total gain accumulated during the respin function.

Concluding, I want to say that Sticky Joker is a good slot from the developers of the Play’n GO company, which will be a great addition to the collection of games with jokers in the lead role.