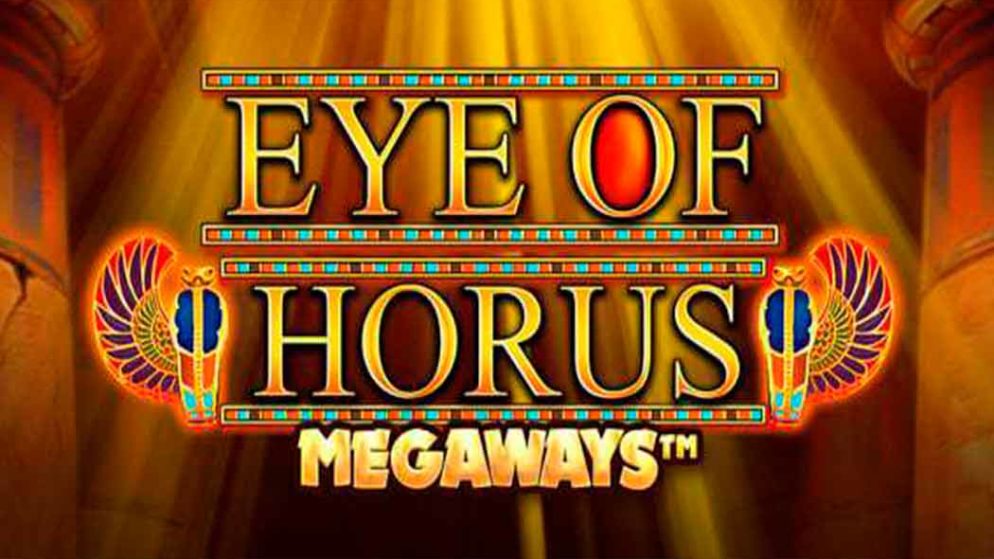 Since then, the number of fans has grown exponentially and that is what has attracted the attention of the creative team Blueprint Gaming. Having looked for a slot that can be upgraded to the Megaways version, they decided that the best option would be to choose the Eye of Horus slot machine. As a result of this, now we are presented with a slot called Eye of Horus Megaways using the much-beloved game engine Megaways.

The design of the Eye of Horus Megaways slot machine looks simple, but at the same time, it is fully consistent with Egyptian themes. The reels of the slot are located in an ancient Egyptian temple with characteristic stone columns on the sides. On the technical side, the Eye of Horus Megaways slot machine differs from its predecessor in the size of the playing field and the number of ways to generate your winnings.

There are six reels waiting for you in Eye of Horus, but in this model Blueprint slightly weakened the game engine, limiting the number of symbols on the reels to a maximum of 5. Because of this, the number of ways to generate your winnings can reach a maximum of 15 625, compared to 117 649 in other Megaways slots when the game has 7 characters. But compared to the original version in which there were only 10 lines, the Eye of Horus Megaways slot clearly wins.

The payout table has the same characters as the original and begins with the card names J, Q, K, and A. They are followed by colorful sticks, scarabs, birds, dogs, and Horus’ eyes. God Horus himself is a wild symbol, appearing only on reels 2 to 5 and replacing all the usual images in the game. The picture on which the entrance to the temple is depicted is a scatter and serves to start free spins.

Bonus features of the Eye of Horus Megaways slot

The temple entrance icon is a scatter symbol, catch three or more of such images on the playing field and you will get 12 free spins. Scatter is also the highest paid symbol in the game, 6 of them on the same line bring a win 100 times your bet. During free spins, wild symbol capabilities become even more interesting.

In conclusion, I want to say that it is very difficult to understand whether Eye of Horus Megaways has become better than its predecessor or not, it depends only on whether you like slots with the Megaways game engine. But this slot machine definitely deserves your attention, so run Eye of Horus Megaways on our website and get acquainted with its capabilities for free.