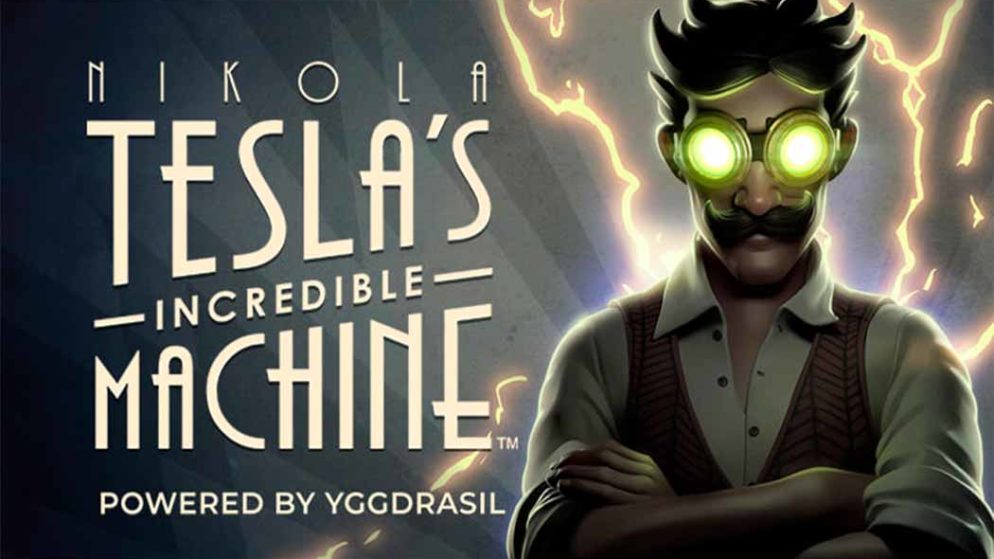 It was a Niagara Falls slot released in May of this year, which developers of the Northern Lights Gaming studio worked on. This time it was the turn for Rabcat because it is thanks to the developers of this studio that we are presented with the magnificent Nikola Tesla’s Incredible Machine, which will be discussed in our review.

Nikola Tesla is one of the greatest engineers and inventors of all time, who, thanks to the creation of various devices, completed the so-called second stage of the industrial revolution. Visually, Nikola Tesla’s Incredible Machine slot is an absolute masterpiece created using modern graphics and excellent sound effects. The playing field is most likely located in the Vordencliff laboratory, where from time to time you can see Tesla himself in the background, who takes notes and examines his giant machine.

On the technical side, Nikola Tesla’s Incredible Machine slot is equipped with five reels and 25 lines on which your winnings will be formed using various thematic symbols. In addition to art deco card titles on the reels, you will see a range of devices used by Tesla (capacitors, goggles, and stopwatch). Wild symbol – this is Tesla in luminous glasses, brings independent payments, and also, if necessary, replaces ordinary images.

Energy Burst feature – this feature is activated when the third gaming reel is completely filled with the same symbols. Please note that card names will give you three free spins, while a capacitor, goggles and a stopwatch will give you five spins. After activation, you will be randomly awarded one of the following additions:

Free Spins feature – activated when three or more scatter symbols appear. After which you will receive 8, 10 or 12 free spins, respectively. During this function, winning combinations are formed on both sides, that is, they can begin with both the fifth and the first reel. Before the first rotation, a fixed wild symbol is placed in the center position of the third reel. Also note that free spins start from the first level, and there are five in total. If the symbol increasing the level appears on the playing field, you go one level up. With each level reached on the reels, another fixed wild symbol is added.

Summing up, we can say that Nikola Tesla’s Incredible Machine is an interesting and high-quality slot machine that appeared thanks to the collaboration of Yggdrasil Gaming and Rabcat studio.