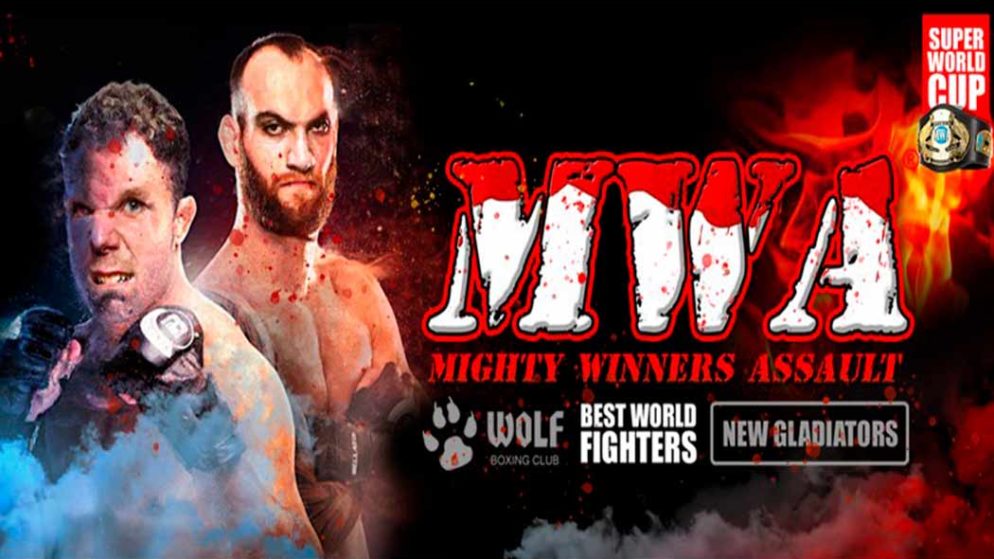 In terms of technical characteristics, the MWA Mighty Winners Assault slot machine features five spinning reels and 25 active lines. Winning combinations are formed when three or more of the same symbols appear on the same line starting from the first reel from left to right.

You can take part in the bloody duel on all compatible devices in manual or automatic mode by choosing a bet from 0.25 to 20 euros per spin. Themed symbols will help you in the formation of winnings, among which there are several special ones:

Free Spins function – activated in two ways. The first is to wait until full-length boxers’ symbols appear on the first and fifth reels. The second is to buy a round without waiting for the boxers to drop out by clicking on the appropriate button and pay a certain amount.

In any case, regardless of how you launch this feature, you will have access to 12 free spins. Before starting which you need to select one of the boxers. After that, you will see that on the first and fifth reels, the boxers that started the function will remain and will act like wilds.

Now you need to watch out for the Fist symbols that can appear on the playing field. If a fist appears next to your boxer, he is hit and the opponent gets one point. If a fist appears next to an opponent, then your fighter stabs him and you get one point. The fighter who has the most points for the whole round wins. If during the 12 free spins the winner has not been determined, then you will continue to spin the reels for free three more times.

If, at the end of all the spins, the winner is the boxer you have chosen, then five girls will appear in front of you holding inverted plates, multipliers are hidden behind them. Choose one of them and find out the size of the multiplier by which your winnings will be increased.

In conclusion, I would like to say that MWA Mighty Winners Assault (MBA) is a fun boxing-themed slot machine that you will have a great time playing, and you can also get good prizes.