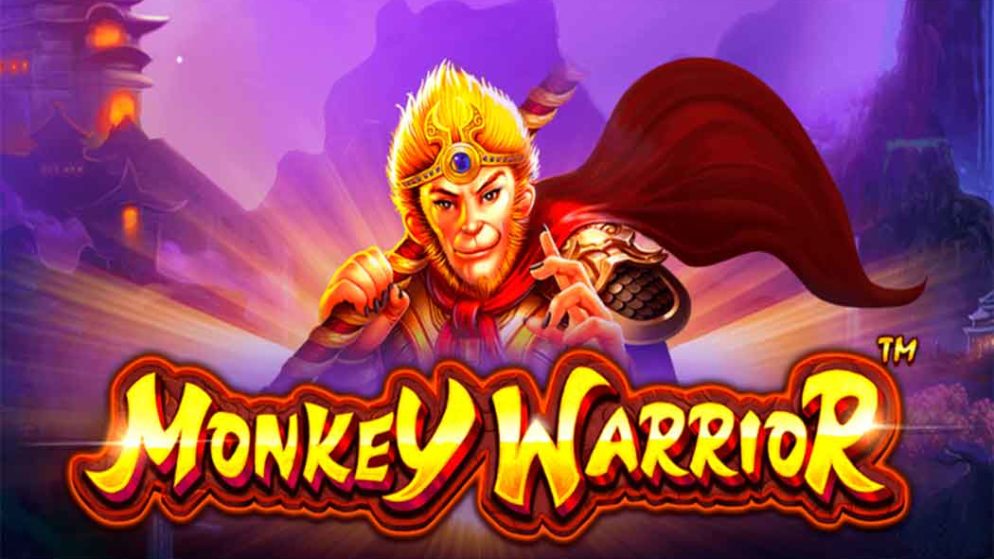 Monkey Warrior is a slot machine based on the 16th-century Chinese novel Journey to the West. Pragmatic Play never ceases to delight its fans with the release of slot machines. This time we are waiting for a meeting with the king of monkeys Sun Wukong. It was first mentioned in the novel Journey to the West of the 16th century. This monkey was a faithful companion of the monk Xuanzang and had great power and magical properties, and now we have the opportunity to get to know its features better by playing the Monkey Warrior slot from the developers of Pragmatic Play.

Visually, Monkey Warrior looks like a beautiful and high-quality slot machine with Chinese themes. Gaming reels are located in a flowering garden with pink petals falling on them. Technically, Monkey Warrior is a 5-reel slot with 243 ways to generate winnings. You can play on all devices with a minimum bet of only 0.20 EUR per rotation. A set of characters will help you to create winning combinations in the form of card names Q, K and A, bottles with the green potion, scrolls and three heroes from the novel Journey to the West.

The king of monkeys is a Wild symbol, used to form winnings more often by replacing missing images in the slot. But pay attention to the fact that in Monkey Warrior there are two characters that wild is not able to replace This Scatter (Bonus inscription) launches free spins and Money Symbol (peach) about its features will be described below.

Free Spins feature — this is triggered when it appears on the second, third and fourth game reels scatter symbol. Once that happens you get paid twice your bet, after which it becomes a party to eight free spins. Please note that during the Free Spins feature on the playing field will be only the most valuable symbols. By the way, wild symbol to the great regret and surprise in the free spins is not involved, but instead, you have the scatter, which when re-emergence in the amount of three pieces, will add another 8 free spins.

Money Respin feature ends when you have played all the re-spins at or when all 15 positions are occupied by the peach symbol. After that, all monetary values are added up and paid as a common prize. If you fill all 15 positions, the total award is multiplied by x2. Also, note the three chests that appear in random order. Select one of them and you know how many spins you got.

Summing up, the Monkey Warrior is another pretty standard slot machine game from the developers of Pragmatic Play, in which you can become a member of a huge number of free spins and also won one of the jackpots.