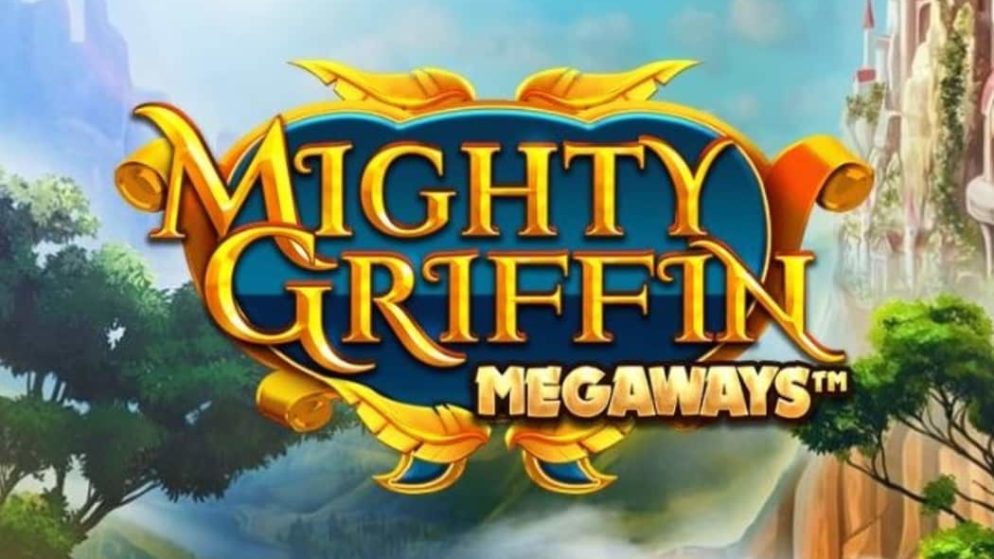 Immerse yourself in ancient mythology by playing the Mighty Griffin Megaways slot from the developers of Blueprint Gaming. The Mighty Griffin Megaways slot was developed by Blueprint Gaming and is based on the ancient Greek mythical creature – Griffin. They were described as winged creatures with the head of an eagle and the body of a lion, and their role is not completely known, some believe that the griffins are defenders, while others consider them to be very evil and dangerous. Fortunately, in the Mighty Griffin slot, the griffin is shown on the positive side, because otherwise it can be explained that it is thanks to him that you can earn good prizes.

Opening the slot machine Mighty Griffin Megaways you will find yourself in the Middle Ages, where you will see a beautiful castle on a hilltop surrounded by greenery and lush vegetation. The blue sky rises over distant mountain peaks, and the game reels decorated with gold have a translucent background. On the technical side, the Mighty Griffin slot is equipped with six reels and 117,649 ways to generate winnings thanks to the Megaways game engine purchased from BTG.

The symbolism of the slot consists of card names from 9 to A – they are less valuable. More profitable symbols include a feather, a gold ring, a crown, and the main character, the Griffin. In addition to standard characters, several special ones await you, these include the wild (a book) that serves to replace images, scatter launches free spins and a magic ball is a mystical symbol and can turn into any other image.

Cascading Symbols – when you receive a winning combination, all the symbols that participated in it are removed from the playing field. Then new ones fall into their place, thereby giving you a chance to get more combinations in one spin.

Mystery Symbol – magic balls, when they appear, they turn into one set of randomly selected characters (with the exception of scatter). This will help you get a good combination because of the likelihood of matching characters increases.

Free Spins feature – activated when you manage to get three or more scatter characters on the playing field. After that, each scatter shows a random number from one to five which are added up and become your number of free spins. But before you start, you will have the opportunity to get more spins thanks to the Golden Streak feature.

Golden Streak – you will see an empty playing field with scatter symbols that activated this feature. Then you will have several spins and the more scatter symbols you catch, the more free spins will be available to you.

After Golden Streak is complete, you finally get into the free spins function. During this function, the multiplier for any winnings will increase by 1 with each winning stage, as well as three or four scatters appearing on the horizontal reel will give you 5 or 10 additional spins.

Concluding, I want to say that Mighty Griffin is another interesting and high-quality slot machine with the Megaways engine that users will like and will be a great addition to the Blueprint game collection.