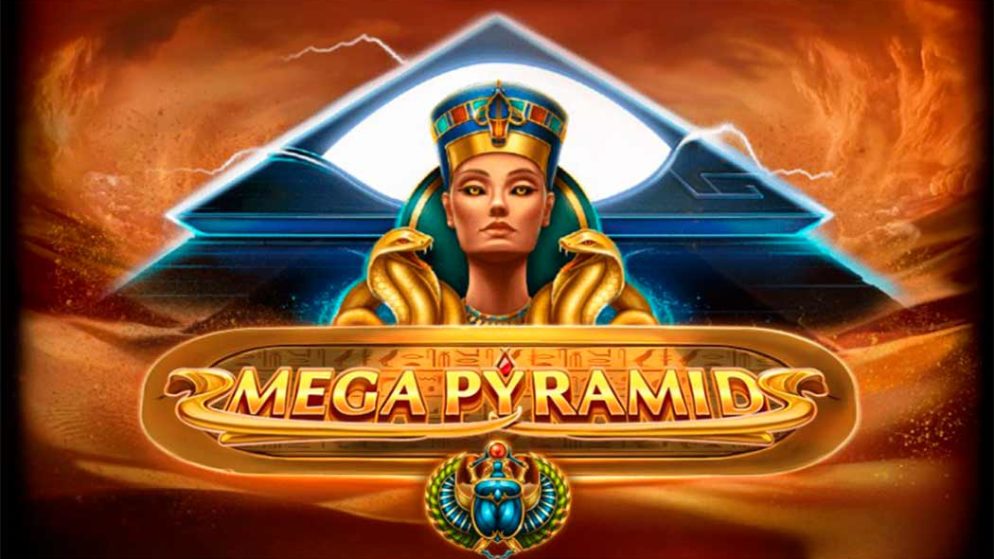 Together with the Mega Pyramid slot from the Red Tiger developers, you will again have an exciting journey to Egypt. As you may have guessed, Mega Pyramid is another Red Tiger slot machine dedicated to ancient Egypt, namely the Giza pyramids. These pyramids are a complex of monuments in the capital of Egypt – Cairo. The most popular is the Cheops pyramid, which is considered the largest pyramid in Egypt and is a national treasure. On the technical side, the Mega Pyramid slot machine has five reels and 30 fixed paylines, the slot has two additional bonus features, as well as a free spins feature. You can play on all devices from 20 cents to 20 € per rotation.

From a design point of view, the Mega Pyramid slot machine looks quality and interesting. The playing field is located against the backdrop of a huge Egyptian pyramid, with a raging sandstorm in the background. At the top of this pyramid is a mysterious eye, it can activate an interesting feature about which we will talk a little later. The symbols of the Mega Pyramid slot machine are also made in the corresponding style, on the reels of the game you will see symbols in the form of a circle, card suits, ancient scrolls, the god Horus, the scarab beetle and the god Anubis.

The latter is the most profitable image in the game, for a combination of five such images on the winning line, you will receive a win 150 times your initial bet. Scatter symbol is the image of the Queen when this symbol appears in the right amount, you will become a member of free spins. Unfortunately, a wild symbol in the Mega Pyramid slot machine isn’t provided.

The first feature that we will consider is called Pyramid Eye and is triggered randomly during any spin. When this happens you will see how the game screen will darken, the pyramid struck by lightning and on top of it will open your eyes. Then in the opened eye to display one randomly selected symbol. This symbol will be cloned on the adjacent reels that can bring you good winnings. Also, the eye of the pyramid can come to your aid, if on the first and third reels have a scatter symbol, and the fifth not. The eye may reward you with a third scatter symbol on the fifth reel, it then activates free spins.

Locked Symbol Free Spins feature — the following feature slot machine Mega Pyramid. Its meaning is that a randomly scatter symbol appears on the playing field may be locked in his cell for the next few spins, which also contributes to more likely activate the free spins.

And the most important feature of a slot machine Mega Pyramid is a Free Spins feature. In order to activate it, you need to catch on first, third and fifth gaming reel symbols the scatter symbol. Once that happens, you will participate in ten free spins. At the beginning of the round Eye of the Pyramid selects one symbol at random. This selected symbol, with the appearance on the playing field, will be cloned on the adjacent reels as it happens during the feature Pyramid Eye. If the selected symbol will be some kind of highly paid, then you can certainly count on a good prize.