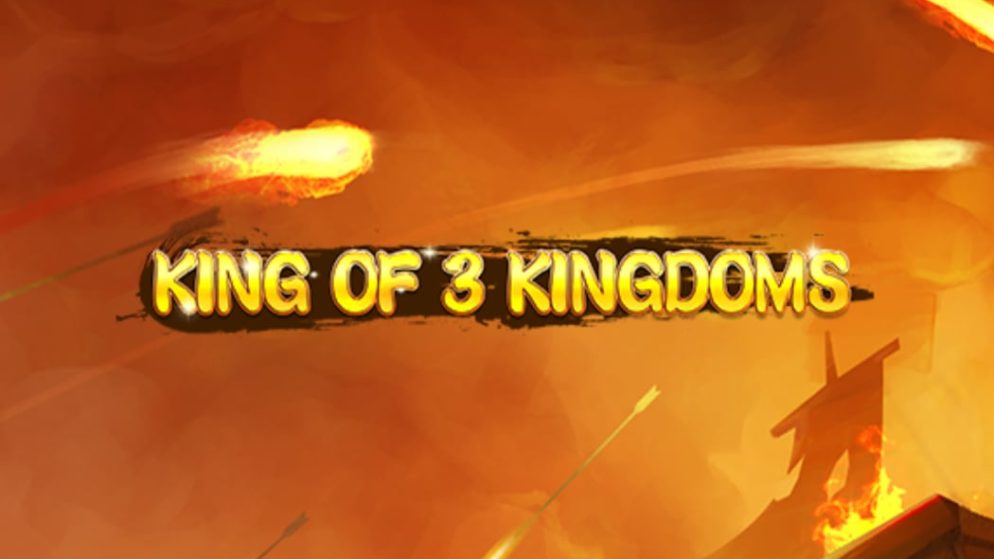 King of 3 Kingdoms is another slot from Netent developers aimed at an Asian audience. Playing in the King of 3 Kingdoms slot, you have to go to the Far East in order to meet the king of 3 kingdoms. The basis of this slot was the relentless struggle between the three rulers, as a result of which the only one of them managed to win and become the king of three kingdoms at once.

Recently, Netent is increasingly releasing updated versions of its existing slots, changing the theme to Asian. The slot machine King of 3 Kingdoms (King of the 3 Kingdoms) was no exception and experienced users will immediately realize that King of 3 Kingdoms is an Asian model of their super popular slot machine called Victorious. And if Victorius was dedicated to Roman warriors, then the King 3 Kingdoms slot machine is based on Asian battles.

As for the technical characteristics, Victorious and King of 3 Kingdoms are completely identical, as in the original there are five reels and 243 ways to form your winnings, but the symbolism naturally underwent changes and became characteristic of Asia. In the payout table, you will see card names from 9 to A, as well as soldiers and three rulers. The most valuable symbol is a king with a blue cloak, who will bring you a prize 4, 20 or 60 times your bet for 3, 4 or 5 of these images in combination.

Bonus features of the King of 3 Kingdoms slot

If you played in the Victorious slot, you probably know that the main and only feature that awaits you in the King of 3 Kingdoms slot machine is a round of free spins. In order to activate the free spins round, you need to catch 3, 4 or 5 scatter symbols on the playing field, but the main condition is that they fall out starting from the first reel.

That is, on the first, second and third reels, they must fall out for sure and for this you will receive a minimum number of free spins, namely 15. If a scatter or a wild symbol with already existing scatters on the first three appears on the fourth reel, you will get 20 free spins. Well, if you are lucky and scatter symbols appear on all five reels, you will become the owner of 25 free spins.