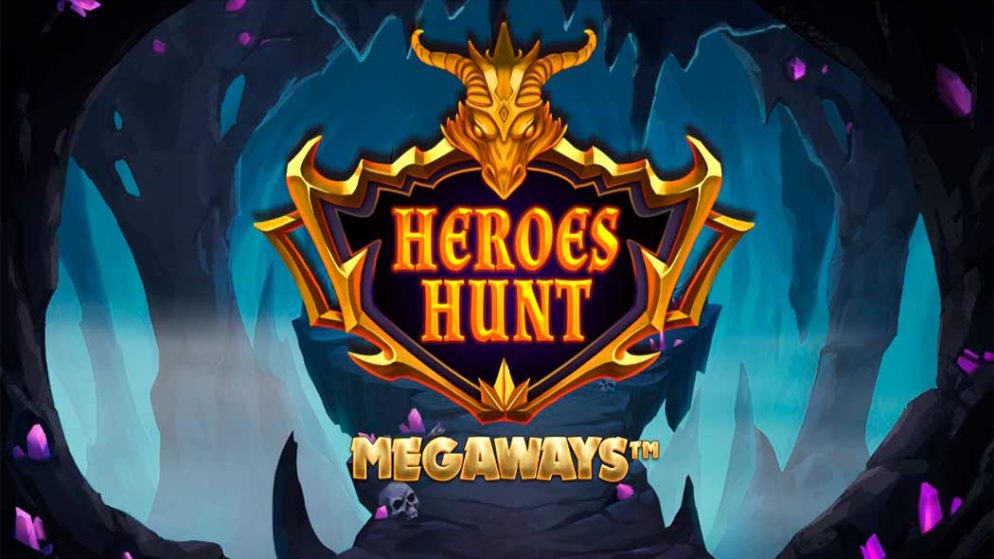 Meet the exciting Heroes Hunt Megaways slot machine developed by Fantasma Games and Relax Gaming. Heroes Hunt Megaways is not the first slot released due to the cooperation of these two companies, using the popular engine from Big Time Gaming. But this time we are waiting for a real treasure hunt in a cave filled with dragons, and if you are lucky you can get x26000 winnings.

The Heroes Hunt slot machine uses 6 reels on each of which can fit from 2 to 6 symbols, giving you up to 46,656 winning ways. Therefore, we can say that the Megaways engine is not used at full capacity. There is also a difference in that, instead of changing the height of the row, as is customary in the Megaways, each tile remains the same size. Instead, the reel may contain normal symbols or blocking tiles that may be deleted randomly.

In addition, Fantasma Games has maintained a cascading system, which means that winning symbols are removed from the reels to allow new ones to take their place, providing more potential winnings per one spin.

Before you start playing you need to not only decide on a bet whose range is from 0.20 to 100 euros per spin but also choose one of the symbols with which you will start the game (more on this later). In the Heroes Hunt Megaways slot, the RTP variable depends on how many heroes are unlocked. With one active hero, RTP starts at 96.26% and reaches 96.53% when all three are unlocked.

As mentioned above, before you start playing, you need to choose one of three heroes, each of which has its own characteristics:

When symbols of an energy field, sword or arrow land on reels 2-5, they trigger the corresponding modifier, mentioned above – if the symbol is active. In the beginning, you will have access only to the features of one symbol that you have chosen. During the game, when the symbol of the chest appears, you will have the opportunity to unlock a new hero. Cards of a certain symbol may be hidden in the chest, get three cards for one hero and he will become active.

Mimic Free Spins function – in addition to hero cards, the sixth reel chest can also activate this feature. Then you will play 10 free spins, with the features of all three heroes. Also, note the special Mimic Wild symbols that can appear on the middle 4 reels.

Dragon Free Spins feature – when all three heroes are unlocked, new golden key symbols are added to the playing field. Collect three keys and you will get access to 10 free spins. During them, special dragon symbols can land on all 6 reels. Each dragon that has been destroyed using the features of the main symbols gives 1 additional spin. When the round ends, you again have to choose a hero for the treasure hunt.

Concluding, I want to say that Heroes Hunt Megaways is a rather interesting slot machine, with unusual features with which you can win 26,000 times your bet.