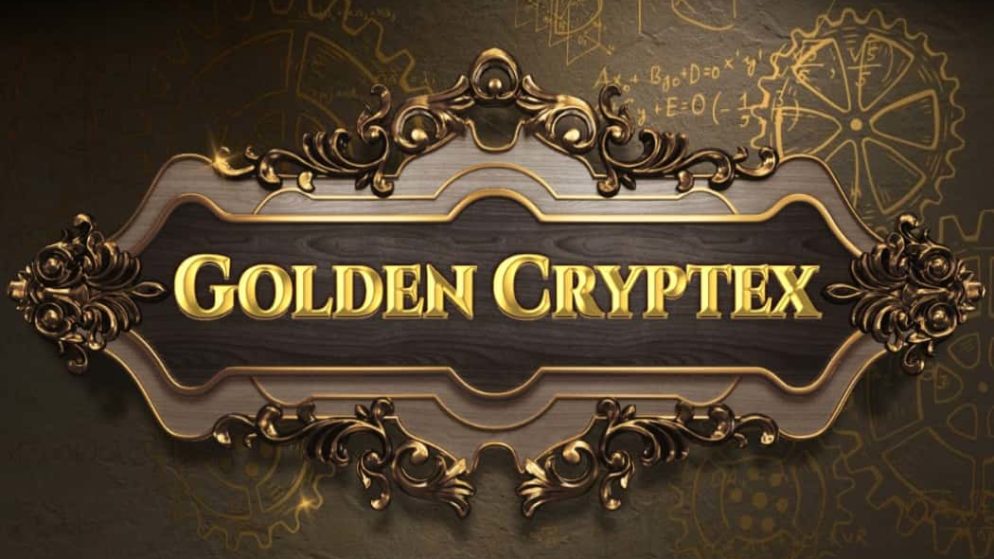 Golden Cryptex is a slot machine developed by R7 and Red Tiger Gaming. Cryptex is a cylindrical device with a series of symbols that need to be rotated and if they can be turned into the right combination, Cryptex will open to reveal its secrets. This is exactly what you have to do when playing in the Golden Cryptex slot and if you are lucky you will unlock good wins.

The design of the Golden Cryptex slot machine is fully consistent with the chosen topic, the playing field with the symbols located on it is made in the form of the same Cryptex, and above it, you will see a code with symbols that will help you crack it.

On the technical side, the Golden Cryptex slot is equipped with 5 reels, 3 rows and only three winning lines – one for each row. Winning combinations are formed by landing 3 or more of the same symbols on the same line starting from the first reel.

Golden Cryptex can be played manually or automatically on all compatible devices, the bets provided in the slot are from 0.10 € to 60 € per spin. RTP 95.78%. The maximum possible win that you can get by playing in the Golden Cryptex slot – х1525.

The main goal of the game is to crack the code located above the game reels, and if you succeed, you will get access to Golden Spins. In main game mode, this code is filled with aces, but during Golden Spins, it is filled with other symbols. In order to access the Golden Spins, you need to pay attention to the middle row, which is indicated by a huge arrow. This series is called Golden Pointer, your task is to get five aces on it and if you succeed you will receive a win, as well as become the owner of 10 Golden Spins.

Golden Spins – when you activate this feature, you will see that the code located above the reels does not already contain aces, but the lowest of the premium symbols (horseshoe). Now all three rows can collect horseshoes, and if you manage to collect five horseshoes on all the reels, the code is cracked, you get paid for this symbol, three additional spins and updates of the symbols in the code to the next one for profitability (star). If you are lucky, then you will see the same actions with the bell and the most profitable symbol – the red seven.

Also in the Golden Cryptex slot, there are some additions, they come into play when three or four ace symbols appeared in the middle row instead of 5. You will see how all the reels remained in place, and those on which the ace did not fall out will scroll again, as a result, which will give you the opportunity to get the missing aces to launch the Golden Spins.

To summarize, I want to say that Golden Cryptex is a high-quality slot machine with an attractive design, interesting themes, and good bonus features, playing which you will have a great time.