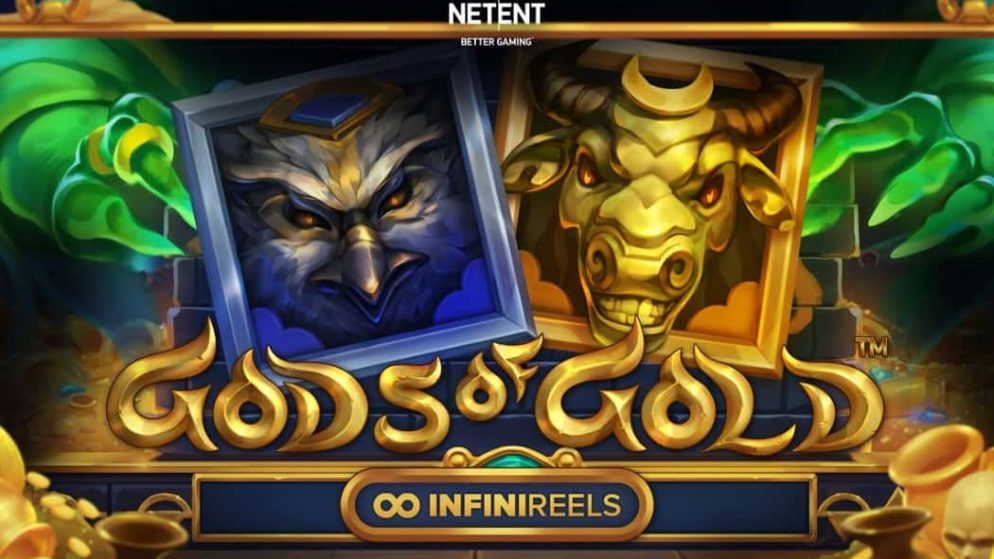 Gods of Gold INFINIREELS is a slot machine with new promising mechanics from Netent developers. Playing in the Gods of Gold INFINIREELS slot, you will be taken to the tomb of the Pharaoh in order to find the huge wealth hidden in the treasure chamber. If you do everything right, then you definitely won’t leave with empty pockets.

Having opened the Gods of Gold INFINIREELS slot machine, you will see three reels with three rows and 27 ways to form your winnings. But given the fact that the slot uses INFINIREELS mechanics, you can get an unlimited number of reels, as well as ways to create combinations.

You can go in search of treasures hidden in an ancient tomb in manual or automatic mode on all compatible devices, choosing a rate of 0.20 to 100 euros per spin. The Gods of Gold INFINIREELS slot machine has high volatility with an RTP of 96.21%. The maximum possible winnings that you can receive in the slot will exceed your bet 25,000 times.

Special symbols provided in the Gods of Gold INFINIREELS slot

Gameplay features of the Gods of Gold INFINIREELS slot

In order not to get confused in the actions on the reels, NetEnt added two displays that will inform you about the current spin sequence. The first one is located under the reels and looks like a mini-map displaying a smaller version of the main grid. The second (Symbol Counter) is located to the right of the main game window. There you will see a symbol that participates in a winning combination, the length of the win, that is, how many reels it stretches and the number of winning paths.

Respin – this feature can be activated randomly after the desired symbol has not fallen on the additional reel. This reel is spinning again in order to try to correct this situation.

Multi Slam is another feature that randomly adds 2 or 3 reels for guaranteed winnings.

Win Spins Free Spins – is activated when 3 scatter symbols appear on the reels, after which you get 10 winning spins. Here the rules are the same as in the main game, but there is one important difference – each spin is guaranteed to bring a win.

Concluding, I want to say that the Gods of Gold INFINIREELS is a fascinating slot machine with new mechanics that makes the gameplay unusual and exciting.