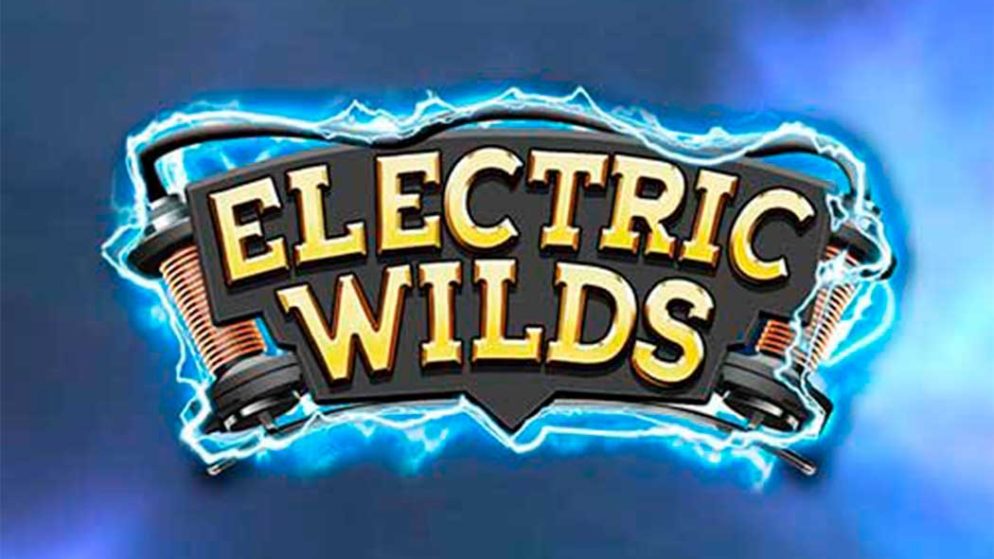 On the technical side, in the Electric Wilds slot machine, you will find 3 reels and five lines on which your winnings will be formed. Thus, combinations can be formed only if three identical symbols appear on one of the lines.

You can play the Electric Wilds slot on all compatible devices in automatic or manual mode. You only need to choose a bet whose range is from 0.10 to 30 euros per spin. I would also like to note that the slot has low volatility, and the RTP indicator is 96.17%.

Despite its outward simplicity, the Electric Wilds slot machine has prepared for you features that will make the game more fun. The first thing that is confusing is the display with lightning located to the right of the main playing field. What is it? This is Lightning Overprints, essentially the same game screen, but not with symbols, but with lightning, with which you can turn some symbols into wilds. Now let’s see how it works.

When you spin the reels, you will see that some symbols appear with a lightning bolt in the lower right corner. Then these zippers are copied to the display in the same positions at which they appeared on the reels. If there are three or more such lightnings in a row, then one or more randomly selected symbols will be replaced by wilds. One row of lightning – one symbol changes to wild, two rows – 2 symbols, three rows – three symbols and so on.

Appearing lightning disappears after each spin, but there is a chance that one or more will remain for the next, giving you a greater chance of activating Lightning Overprints. There is also a chance that super zippers will appear on the back. They look identical to ordinary ones, but illuminate a random number of cells on the secondary display, and not just one.

Repeater – is activated if you manage to fill in the entire field with one symbol or using wilds. After which you will see a lightning between which 5 tubes are located – one is broken, 4 are working. Pressing the start button causes electricity to move along these pipes before stopping on one of them.

Summing up, Electric Wilds is a good slot, which may seem too confusing and incomprehensible, but as soon as you start playing you will immediately realize that this is not so. And do not forget that on our site you can test it completely free on our site, and at the same time and more thoroughly understand its features.