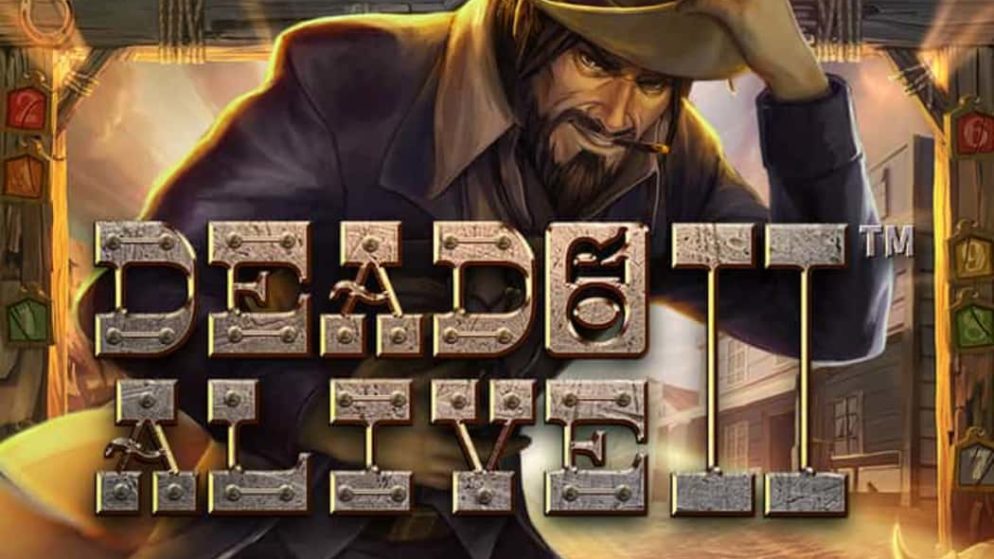 Meet the sequel of the magnificent Dead or Alive slot released in 2009, called Dead or Alive 2 with an improved set of bonus features. Netent’s Dead or Alive 2 slot is probably the most anticipated sequel in history. Playing for free, you will have the opportunity to meet again with desperate bandits, who have long instilled fear and horror on other residents. Have you already guessed who will be talking about? Of course, they are Apache Kid, Della Rose, Jesse James, Belle Star, and Toddler Billy.

Visually, Dead or Alive 2 looks better than its predecessor in terms of graphics and design, but this is not surprising since the difference between these two slots is 10 years old. The theme remains the same and is dedicated to the Wild West, it is there that the playing field is located. On the technical side, Dead or Alive 2, has not undergone changes, it’s still the same five-reel slot machine with nine paylines.

The symbolism of the slot remains the same as in the first version of the game, but now it is much better. Among the characters, you will find names of playing cards from 10 to A, a bottle of whiskey, hats, boots and a sheriff’s badge. Five criminals – are wilds and serve to replace simple characters in the slot. Revolvers are scatter symbols, bring in independent payments, regardless of active lines, and also activate one of three options for free spins.

Bonus features of the Dead or Alive 2 slot

As mentioned above, unlike the first version of the slot, in Dead or Alive 2 you will find not one, but three options for free spins. In order to activate them, you must get three, four or 5 scatter characters. The advantage is that these images are not tied to paylines, they are paid on their own and if you get five scatter symbols, you can win 2500 times your bet. In general, as soon as the desired number of activators appears on the playing field (at least three), you will be asked to choose one of three options for free spins. It could be:

Old Saloon – this round is the same as in the first version of the Dead or Alive slot. Initially, you get 12 free spins. All wins in this round will have a multiplier of x2, and the appearing wilds are fixed in their place for the remaining spins. If all criminals appear on the reels during this function, you will receive 5 additional spins.

Train Heist – you will have 12 free spins, during which pay attention to the appeared scale with multipliers over the playing field. When wild symbols appear on the reels, the multiplier will increase by one unit, and for each wild symbol, you will receive one additional spin. The maximum multiplier may be x16. You also have the opportunity to get five additional spins, in the case of full filling of the scale of multipliers.

Summing up, we can say with confidence that the developers of Netent were able to make a worthy continuation of one of their most popular slot machines and the Dead or Alive 2 slot will be an excellent addition to the Netent game collection.