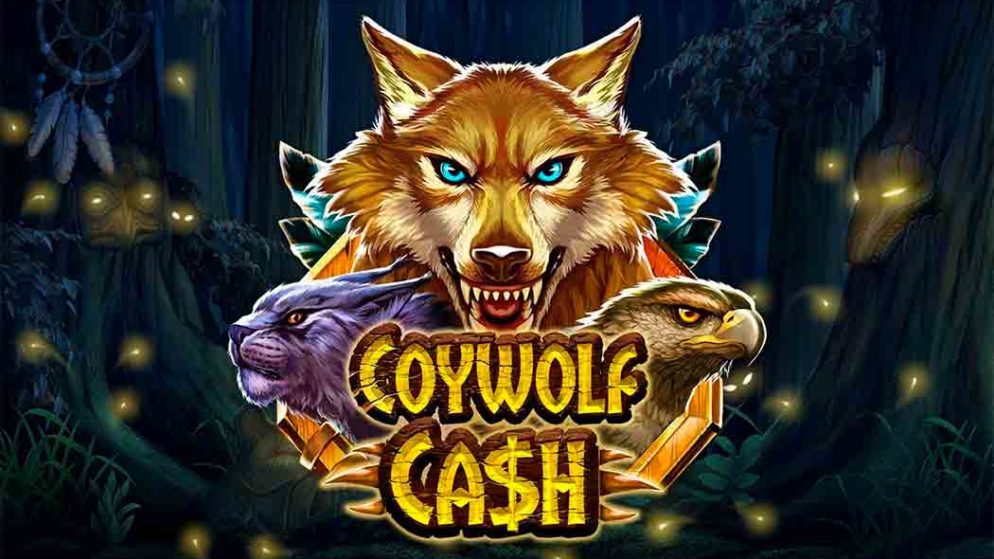 Meet an exciting wildlife-themed slot machine called Coywolf Cash from Play’n GO developers. By opening the Coywolf Cash slot machine developed by Play’n GO, you will be taken to the forests of North America, where you will meet with animals living in this area. By the way, the name of the Coywolf Cash slot was not chosen by accident, because, as it turned out in nature, there are actually animal coywolves – they are a hybrid of a coyote and a wolf, which were obtained by naturally crossing between these individuals.

Play’n GO decided to use this mixture of wolf and coyote in its slot machine named after a new animal species, as a result of which we are presented with a slot called Coywolf Cash, which we will talk about today.

The design of the Coywolf Cash slot machine looks quite interesting. As you may have guessed, the main actions of the Coylwolf Cash slot will take place in the forests of North America, which are inhabited by a variety of wild animals. The playing field is surrounded by a huge number of trees, and the reels themselves are surrounded by a wooden frame with birds carved on it. As for the technical characteristics, in the Coywolf Cash slot machine, you will find five reels, three rows and 50 lines with which your winnings will be formed.

Looking at the payout table, you will see 10 standard symbols of low and high value. The symbols of low value include the names of playing cards from 10 to A made of wood, the more profitable include the fox, eagle, lynx, red bear and blue bear. There are also two wild symbols in the Coywolf Cash slot machine, the first one (brown coywolf) is standard and can replace all the symbols in the game including scatter. The second (blue coywolf) appears only after a certain character (mask) has been dropped out and can also replace any image in the game.

Another special symbol is the totem (scatter) which, when dropped on the playing field in the right amount, activates the free spins function.

Wild Reel is an interesting feature related to the wild symbol (blue coywolf). In order to activate the Wild Reel feature, you need to catch a mask symbol on the third reel. The Wild Reel has two levels – the first level appears during the main game, the second, more profitable level, is possible only during free spins.

In general, as soon as the mask symbol appears on the third reel, you will see that a horizontal scale will appear above the playing field, filled with symbols of the blue coywolf and empty cells. Then this scale starts spinning, and after stopping, all visible symbols of the coywolf are moved down to the reels under them and completely fill them with wild symbols.

Prey Free Spins – activated when three or more scatter symbols (totem) appear. After which you will be given 8, 11 or 15 free spins, respectively. During these rotations, the horizontal scale becomes more profitable since now not only blue coywolves appear on it, but also regular wilds with multipliers x2, x4, and x7, as well as additional masks and scatters, which allow increasing the number of free games.

Summing up, I want to say that Coywolf Cash is a worthy slot machine, with interesting bonus features, which will be a great addition to the Play’n GO game collection.