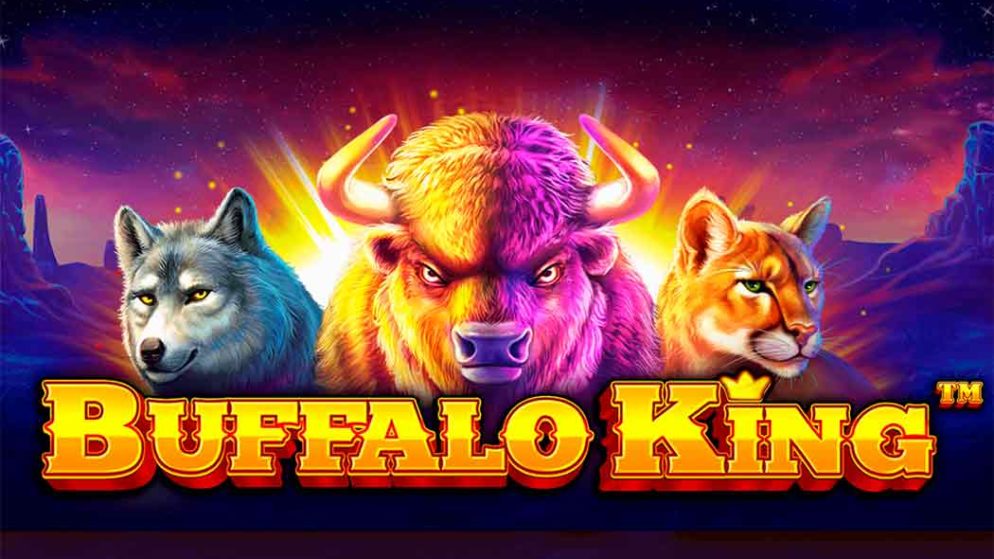 Buffalo King is a slot machine from the developers of Pragmatic Play inspired by the nature of North America. Playing for free in the Buffalo King slot, you will again have to go to the deserts of North America. This land has long been devoid of people and completely captured by wildlife. One of the main and important inhabitants of this area is the mighty and huge buffalo, it was this animal that became the main character of the Buffalo King slot, which we will talk about today.

In terms of design, the Buffalo King slot looks good and attractive. Based on the subject matter, it is not difficult to guess where the developers decided to position the playing field. Of course, these are the deserts of North America with a canyon in the background. The sound effects are also pretty good, and with each rotation, they are accompanied by the sound of buffalo hooves. On the technical side, the Buffalo King slot machine has 6 reels and 4096 ways to generate winnings. This highly volatile slot is available on all devices with a minimum bet of € 0.40 per spin.

If you look at the payout table, it becomes clear that there are six cheap symbols and five more valuable symbols in the Buffalo King slot. Card names from 9 to A are traditionally cheap. To the more profitable are the inhabitants of these deserts, among which you will see: deer, wolf, puma, eagle and naturally buffalo. The latter is the most valuable and can bring you a prize of 7.5 times your bet for six such images on the payline. Also in the Buffalo King slot there are several special characters, among them wild (rock) performs standard functions to replace other images and Scatter (a gold coin with a buffalo) activates the free spin function.

A big disappointment for many users will be the moment that during the main game in the Buffalo King slot there are no features. The only thing that awaits you is a wild symbol, which can replace simple images from the payout table. But he cannot bring independent wins since he appears only on the second to sixth reels.

The main actions of the Buffalo King slot are revealed during the round of free spins. In order to activate the free spins function, you need to catch 3, 4, 5 or 6 scatter symbols during the main game, and if this happens, you will get 8, 15, 25 or 100 free spins, respectively. During free spins, the main features are associated with the wild symbol. He, as in the main game, replaces other images, but also appears with multipliers x2, x3 or x5. The bonus round can be restarted, for this, you need to catch two, three, four, five or six scatter symbols, after which you will be added 5, 8, 15, 25 or 100 additional free spins.