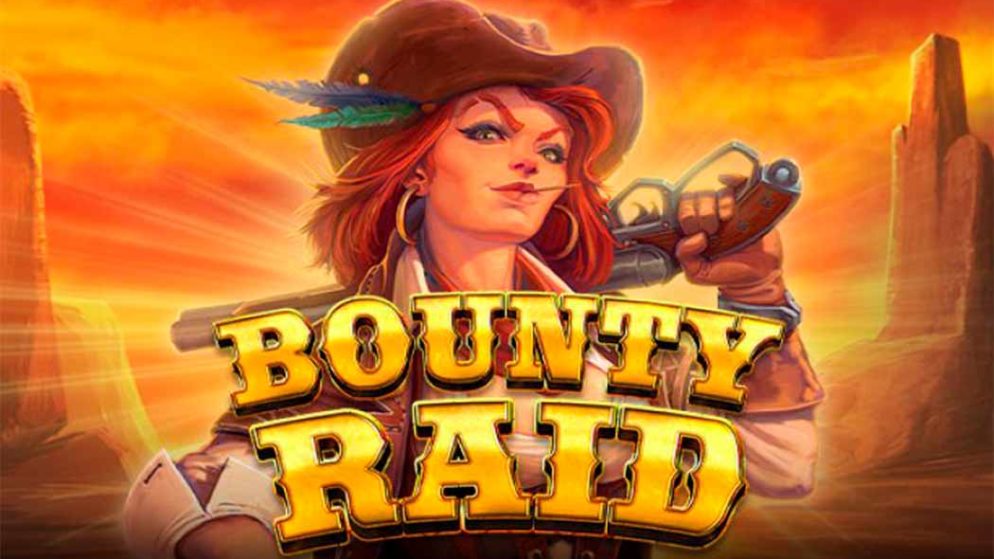 Bounty Raid is a slot machine with the theme of the Wild West was introduced by Red Tiger Gaming. Playing in the Bounty Raid slot, you have to go to the Wild West, there, in the company of a bandit group headed by a red-haired girl, you will hunt for gold.

The main actions of the Bounty Raid slot machine will take place on five reels and 10 paylines. Winning combinations are formed by landing three, four, or five identical symbols on one of the prize lines.

You can go to the Wild West and join the bandit company on all compatible devices by choosing your preferred bet, the range of which varies from a minimum of 0.10 coins to a maximum of 100 coins per spin. The dispersion in the Bounty Raid slot is average, the RTP is 95.71%, and the maximum win per spin will exceed your bet by 1000 times.

At first glance, it may seem that the Bounty Raid slot looks very standard. However, the gameplay is a little different and contains some unusual and potentially exciting additions.

Max Bounty feature — this feature plays a Central role in the Bounty Raid slot. Note the five symbols with the image of the bandits. Each of them appears on the playing field with certain monetary values that can exceed your bet from x1 to X50. It becomes even more interesting when these symbols fall Sheriff or red-haired bandit.

Bounty Hunter feature — activated when a red-haired bandit appears in the form of unpaid symbol size 1×2 on the third reel. When she lands, all the bandits found themselves on the playing field will be blocked and you will get access to re-treatment, which will take place on the new playing field.

During these spins, only bandits, empty cells, or gold coin symbols can land. If a bandit lands, he also locks in place and awards another respin. If you get the symbol of a gold coin, then the value of all locked bandits will increase. Then another respin will follow.

When bandits aren’t on the playing field during the respawn or the gold coins the round ends. The value of all locked bandits behind bars is summed up, after which you get your winnings.

Sheriff feature – a symbol depicting a sheriff can land anywhere except the middle reel. When the sheriff appears, he collects values ​​from all the bandit symbols that are on the playing field, after which they are added up and transferred to your balance.

To summarize, it is worth saying that Bounty Raid is a worthy slot machine from the developers of Red Tiger Gaming. By playing it, you can join a group of bandits to help you earn cash prizes.