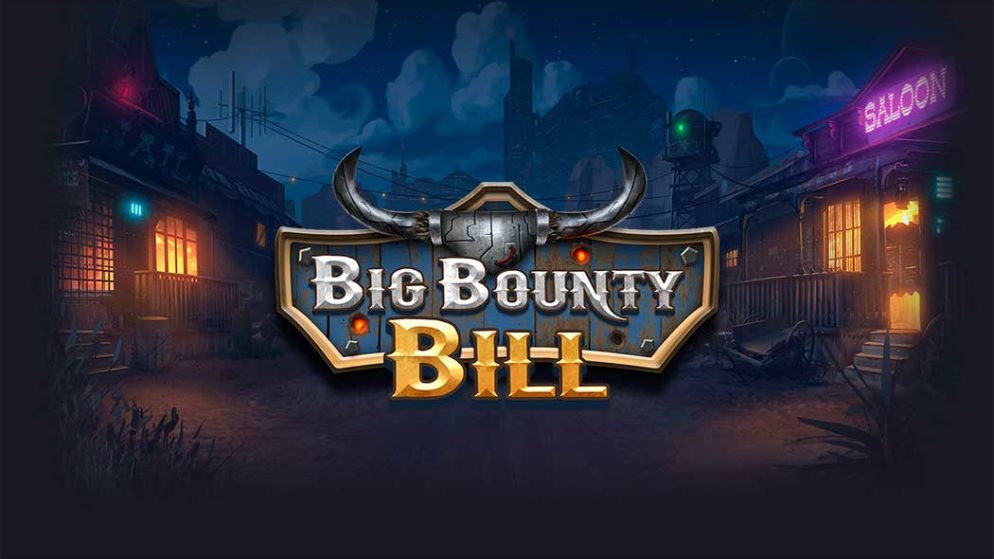 Big Bounty Bill is a Wild West-themed slot machine developed by Kalamba Games and Relax Gaming. In the Big Bounty Bill slot machine, seemingly two completely incompatible themes are used, namely the Wild West and science fiction. By the way, such seemingly incompatible genres could be seen in a film called Cowboys vs Aliens, which was released in 2011 thanks to director John Favreau. Naturally, it cannot be argued that the developers of Kalamba Games took this film as the basis, but the fact that they watched it is quite possible.

The design of the Big Bounty Bill slot machine looks very interesting and of high quality. The playing field is located in the Wild West, on the right side you can see a bar, and on the left a prison. It seems that everyone usually thinks you, but let’s look at other details. Pay attention to the playing field itself, which is located inside something incomprehensible (possibly an alien ship), on it you will see neon lights, as well as an alien green liquid that drips directly onto the ground from above.

On the technical side, Big Bounty Bill is a slot with five reels, four rows and 1024 ways to generate winnings in the default mode. But thanks to the features that are implemented in it, the playing field can increase and reach seven rows and 16,807 ways.

Winnings are paid for two to five matching symbols on adjacent reels only from left to right. Looking at the payout table, you will see symbols arranged in the following ascending order: card names from 9 to A, a horse and a bull with glowing eyes, as well as a guy and a girl with guns, and of course the main character – Bill with a cigar in his mouth. The Wild symbol – a gold plate, performs the usual duties of replacing symbols. The space gun is an expansion symbol, while the Bonus icon acts like a scatter and appears only on reels 1, 2 and 3.

The expansion of the playing field is the most important feature in the Big Bounty Bill slot machine. Pay attention to the symbol of the gun, which can appear on each game reel. When this symbol falls out, a shot is fired. Now, look at the fourth, fifth and sixth row on the playing field. You will see that all the characters located there are blocked and there is a certain number on them. This number indicates how many times the pistol must fire in order to open the cell, which will become unlocked during Hyperspin.

Get three, four, or five expansion characters to activate 3, 5, or 7 Hyperspin. All extended positions will become active for the duration of these rotations. After the function is completed, the reels will return to the standard 5×4 format.

The next feature is free spins, they are activated when you get scatters on the first three reels. Next, you will be credited with 8 free spins with the original playing field of 5×4 and 1024 lines. The goal is to get expansion symbols during free spins, which can increase the size of the playing field, and accordingly the number of ways to form your combinations. During the free spins function, the shot will not only unlock the cells but also add one extra rotation.

If you don’t feel like waiting for the desired number of scatter symbols to appear, you can click the Hyper Bonus button to get direct access to the bonus round. But you have to pay for it:

Summing up, we can say that the Big Bounty Bill slot machine definitely deserves your attention, as it has an unusual theme and very interesting bonus features that can bring you good prizes.