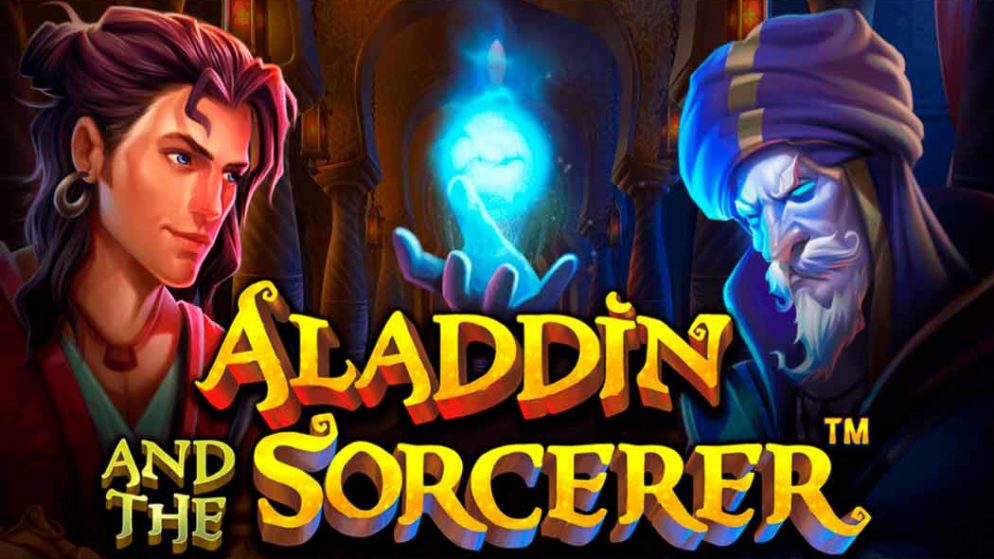 Aladdin and the Sorcerer

Aladdin and the Sorcerer Slot review

Aladdin and the Sorcerer is a fairy-tale-themed slot machine developed by Pragmatic Play. Playing for free in the Aladdin and the Sorcerer slot developed by Pragmatic Play we again have a unique opportunity to travel to the Middle East, where we will meet with Aladdin and his wish-fulfilling magic lamp. Aladdin is an ordinary guy who was lucky enough to find a magic lamp. If this lamp is rubbed out of it, Jin will come out and be able to fulfill several desires, and who knows, maybe your desires will be fulfilled. But first, you need to get rid of the evil Sorcerer, who also really wants to get this lamp.

The design of the Aladdin and the Sorcerer slot machine looks simply amazing. Opening the slot you will find yourself in a place resembling a cave, at least it seems through transparent, frameless reels. Due to the fact that the reels are not edged, it seems that the symbols just hang in the air. As well as the two main characters – Aladdin with a lamp soars on the left side, while on the right is an evil sorcerer.

Technically, Aladdin and the Sorcerer is a five-reel slot with 20 pay lines, which can be played on all compatible devices with a minimum bet of 0.20 euros per spin. As for the symbols, they are all very bright and beautiful, a variety of precious stones will appear on the reels. In total, in the payout table, you will see 10 characters. In the bottom row are ordinary gems, they are symbols of low value. In the upper row are absolutely identical stones, but with a gold border – these images bring higher wins.

The badge with a gold ornament, and the inscription wild, is a wild symbol, serves to replace all the usual images in the game, and also pays a 50-fold bet when five such images appear on the line. Aladdin and the Wizard will also appear on the playing field, activating interesting features.

Bonus features of the Aladdin and the Sorcerer slot

The purpose of the slot machine to make Aladdin and the Sorcerer unleash his talents on the reels. During the base game, if the bonus symbol Aladdin appears on the first reel without a symbol Wizard, the game randomly adds from 3 to 6 symbols wild. Conversely, it appears at the fifth reel a bonus symbol, a Witch without Aladdin, the reels appear again from 3 to 6 wild symbols.

If both bonus symbols land simultaneously on reels 1 and 5, you will see how these reels completely covered with wild symbols, then activated the re-spin feature. During the feature Re-Spin, the Magician and Aladdin get the health meter with 3 cells each. If the Aladdin symbol appears on the first reel without the Sorcerer, it attacks and removes one of the cells of the health of your enemy and Vice versa for the Sorcerer. If Aladdin loses all his health, the re-spin feature ends and you are returned to the main game. However, if Aladdin defeats the Sorcerer, the game proceeds to the second level called Respin Level 2 where you will see the locked wild symbols.

Round a Re-Spin Level 2 consists of 3 rotations. On the second rotation to the locked wild symbols are added to the x2 multiplier that is applied to any wins on the appropriate lines. On the third spin, the multiplier is increased to X3. The re-spin feature cannot be re-activated and ends once all 3 rotations have been played.

Concluding I want to say that Aladdin and the Sorcerer is really high quality and interesting slot machine, which definitely deserves the attention of players.