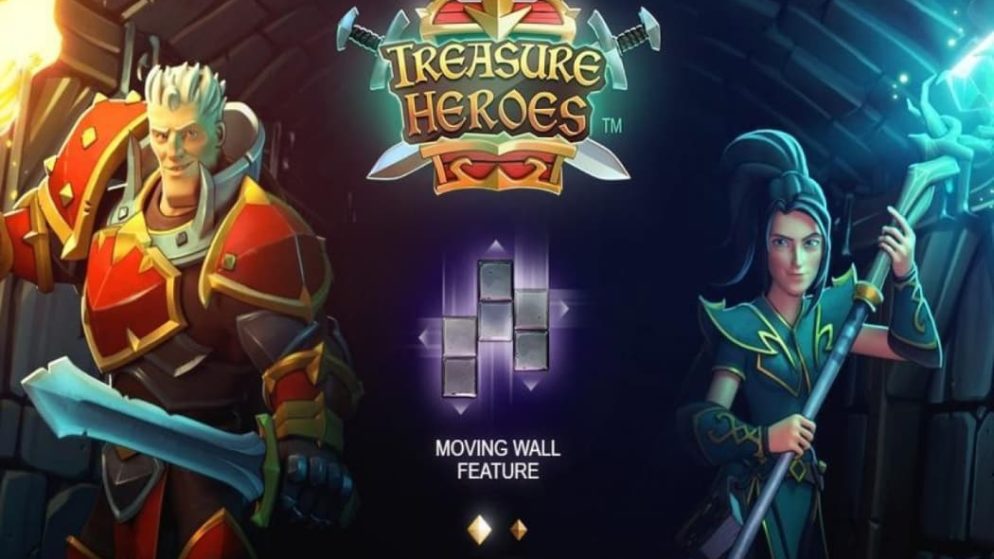 Treasure Heroes is another gaming machine from Rabcat developers, created specifically for Microgaming. Playing in the Treasure Heroes slot, you have to go deep underground in order to find the treasures hidden there. You will do this in the company of two heroes who will do anything to find them.

The main actions of the Treasure Heroes slot will take place on the 5×5 playing field with 25 symbols on it. Combinations will be formed not using lines, but thanks to clusters. In order to get a win, you need to catch at least 6 identical symbols, touching horizontally or vertically. The range of bets provided in the slot is from 0.20 to 40 euro per spin.

In the Treasures of Heroes slot, there are two symbols that bring the biggest wins – a girl and a chest, and if you manage to fill one of them with the entire playing field, you will receive a win 1000 times your bet. The maximum possible winnings that you can get when playing in the Treasure Heroes slot will exceed your bet by 1925 times.

The basis of the gameplay in the Treasure of Heroes slot is the Cluster Pays mechanics, as well as a feature called Moving Walls, which are directly connected to each other. During each spin, the same symbols that appear on the playing field in the amount of six or more pieces horizontally or vertically bring winnings. As soon as you get paid, the Moving Walls feature is activated, with its help, the reels and rows will move in a certain order:

If as a result of the movement new clusters of symbols are formed, they are also paid and the process is repeated. This happens until new clusters are formed or until free spins are activated.

Free Spins function – activated when two scatter symbols appear on the playing field (half of the key). Then you get the right to participate in 10 free spins. You will see how the halves of the key will merge together, after which the door will open, and the main actions will move to the treasury. During free spins, you will see that when the characters of the main characters appear on the playing field, they will begin to spin and can turn into a sticky wild. Accordingly, the more sticky wilds, the greater the chance of creating clusters. Unfortunately, Moving Walls is not available during the free spins function.

In conclusion, I want to say that Treasure Heroes is an interesting slot machine with Cluster Pays mechanics and moving reels, the only disappointment is the low winning potential, which is only x1925 from your bet.