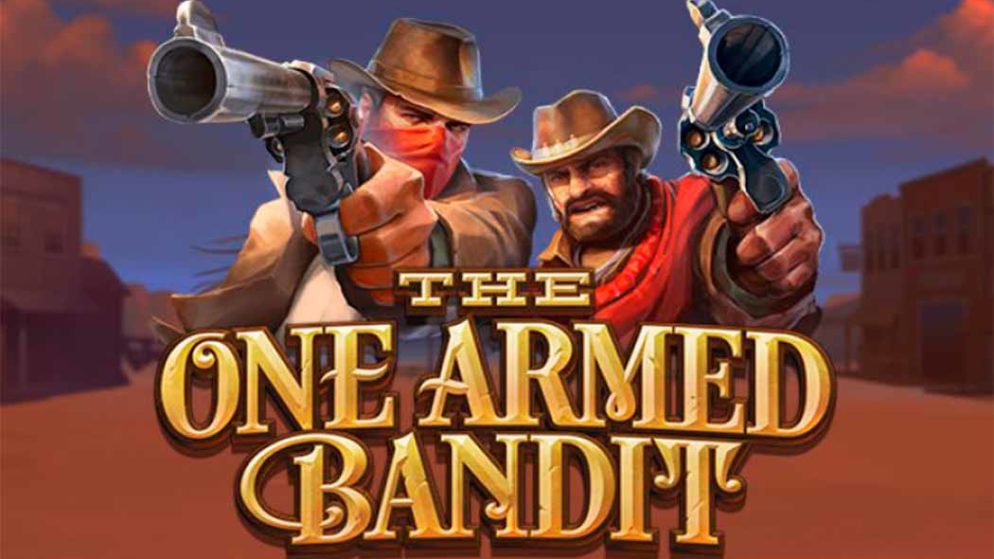 The One Armed Bandit

The One Armed Bandit Slot review

Whether the slot machine from the developers of Yggdrasil Gaming called The One Armed Bandit can become the same in demand, we can find out later, but for now, let’s take a closer look at what awaits us in this slot.

The design of The One Armed Bandit slot machine is made in the style of the Wild West. As soon as you open the slot The One Armed Bandit will see a small video, it becomes clear from it that we will talk about the one armed bandit, after whom this slot machine is named. Because of this criminal, a once quiet town in the Wild West began to live in fear, and the sheriff is trying hard to find this bandit.

On the technical side, The One Armed Bandit slot machine is equipped with a 5×3 playing field and 20 pay lines on which combinations will be formed. The symbols on the reels include card suits – they relate to low-cost images, as well as four more valuable symbols – spurs, a cowboy hat, a flask, and a gun. The latter is the most profitable, giving you 80 times your bet for 5 guns on the pay line. The sheriff’s badge is a wild symbol, it replaces all the usual images in the game, except for the symbol scatter (masked bandit), which launches respins and free spins.

Bonus features of The One Armed Bandit slot

Respin feature – this function is activated every time a scatter symbol (bandit in a mask) appears on the playing field. After which you get a second rotation, and the bandit symbol dropped out on the playing field becomes a wild with a multiplier of x5. If during another rotation one more bandit has fallen – you get another repeated rotation, and so on until the bandit symbols stop falling out. Pay attention to the fact that above each game reel there are cells that turn into a star after each bandit hit. If you manage to open all five cells, then the bonus round in the form of free spins will become available to you.

The function of free spins is activated when the cells located above the game reels are fully opened. If this happens you get 10 free spins, plus the spins remaining from the Respins function (maximum 14) are added to them. During free spins, you will get the initial multiplier x5, which can be increased. Pay attention to the Bonus symbol (bandit) that will appear on the reels during the function. Each time it appears, the multiplier will increase: for two characters to x10, for four to x20, as well as for each bonus symbol, you will be added one more free rotation. Thus, you can get a large number of free spins with an x20 multiplier, which will undoubtedly bring good wins.

To summarize, I want to say that The One Armed Bandit is another high-quality and interesting slot machine from the developers of Yggdrasil Gaming, which will be a great addition to the collection of their games.