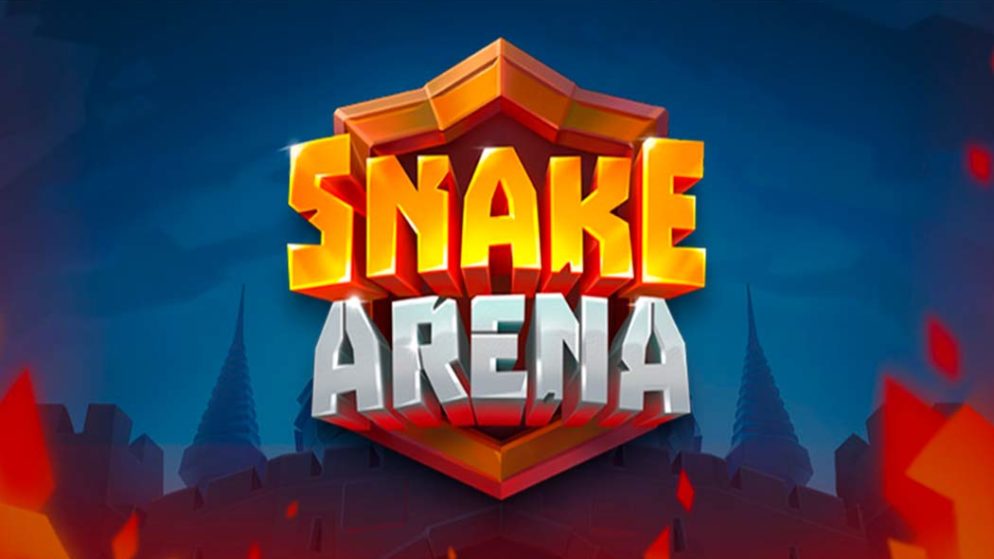 Snake Arena is a slot machine developed by Relax Gaming, which is based on the legendary game called Snake. If you have never played a snake, you probably at least heard about it. The first Snake arose in 1977 thanks to the company Gremlin. Then the game began to appear on game consoles, computers, and Nokia phones. Today, there are about three hundred variations of this game, and now there is the opportunity to see the familiar snake in the online world. Indeed, thanks to the efforts of the developers from Relax Gaming, we’ve presented to your attention the Snake Arena slot machine, with the very snake in the title role, we’ll tell you about it today.

The design of the Snake Arena slot machine looks quite interesting and of high quality. The playing field is located in the courtyard of the castle, in which we are aware of the tall towers located around the perimeter, and the castle itself is in the middle of the forest. From the point of view of technical characteristics, the Snake Arena slot is equipped with a 5×5 playing field, and at first, it might seem that a cluster system for generating winnings is used here. But the developers of Relax Gaming decided to surprise users and equipped the Snake Arena 30 slot with fixed paylines.

The set of symbols implemented here will help you get closer to the winnings, among which you will see four symbols of lesser value and 4 more valuable symbols. Coins of blue, bronze, silver and gold colors belong to low-paid ones, and expensive ones include a beer mug, a ham, a ring, and a crown. The snake and the knight (1×1 in size) are wild symbols that can replace any of the above images with themselves. In addition, if the snake and the knight fall simultaneously on the playing field, the free spins function is activated.

Wild Chase – this feature can be activated on absolutely any rotation, after which you will see how the snake peeps over the reels, and the knight under them. If the snake and the knight peep across from each other, the reel behind which they were hiding will turn into completely wild. These actions can be repeated a random number of times, so you will be able to fill 1 to 5 reels with wild symbols.

Free spins function is activated when a snake and a knight fall on the playing field at the same time, and this round can also be bought by clicking on the corresponding BUY button. During the round, you will see the Knight land in a new position on each rotation, and when the reels stop, the body of the snake and the Knight become wild, and your winnings are calculated. The snake begins to move to the position in which the knight fell, and if she eats it, you will see how the snake increases in size.

If you manage to fill the reels from the second to the fifth with a snake you will receive a good reward 1000 times your bet. But pay attention to the fact that the snake always moves along the simplest path, and if its body stands in this path, the round ends, as after winning the main prize.

Summing up, I want to say that Snake Arena is a modern slot machine that allows us to recall a great game released many years ago. But even if you do not know what a snake is and have never played it, then after playing in Snake Arena you will want to fix it.