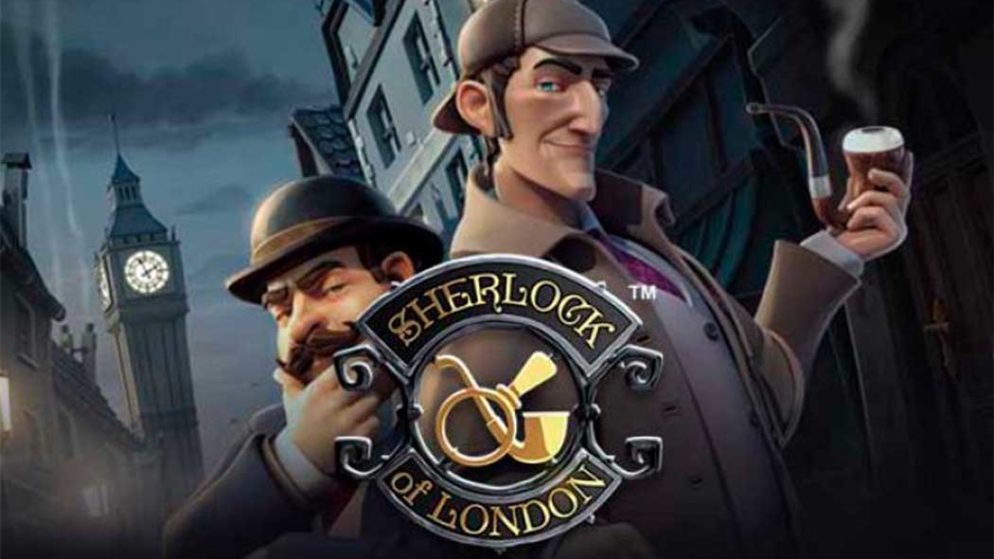 As you may have guessed, the Sherlock of London slot machine is dedicated to the world-famous Sherlock Holmes – the character of many books, films, and TV shows. Sherlock was originally created by the English writer Arthur Conan Doyle, this hero had such qualities as decency, nobility, and honesty. His favorite pastime is the fight against crime because it was not for nothing that he became a great detective. Later, with the participation of this hero, various stories, films, and even series began to appear. And now, Rabcat decided to use this great detective as the protagonist of his new creation called Sherlock of London.

The symbolism of the Sherlock of London slot machine is fully consistent with the developers’ idea, in addition to the standard card names on the game reels, you will meet familiar heroes, namely: Dr. Watson, Inspector Lestrade, Irene Adler, and Professor Moriarty. The best standard symbol is 221B Baker Street, for 3, 4 or 5 of these symbols on the pay line you will receive a win 0.8, 8 or 40 times your bet. The same payments are offered by the protagonist Sherlock Holmes, who is a wild symbol, it is used to replace other images in the game, and also has some interesting features.

The famous detective Sherlock Holmes is an activator of interesting functions that await you playing in the Sherlock of London slot:

Free Spins feature – activated when three or more images appear with Dr. Watson and Sherlock Holmes, which is a scatter symbol. As a result, you can get ten free spins, during which the Connecting Wilds and Double Win functions will also be active. In addition, Dr. Watson’s symbol will act as a second wild, but he cannot activate the expansion as a symbol with Sherlock. Also, note that the Holmes symbol when it appears on the playing field will be fully stretched to the entire column.

Summing up, Sherlock of London is a great slot machine with a great detective in the lead role. This slot will undoubtedly appeal to fans of the detective genre, as well as those who love games with a variety of bonus features.