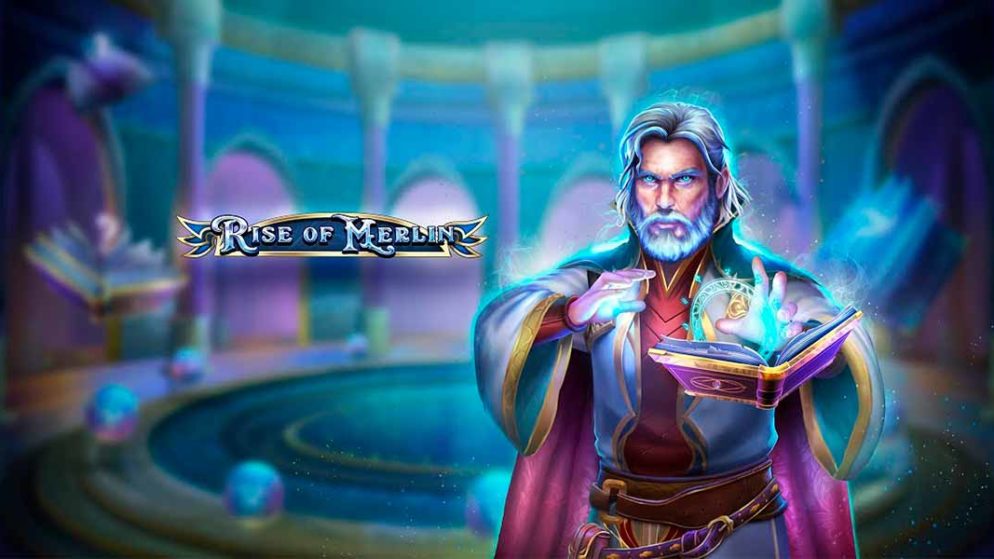 Rise of Merlin is a slot based on medieval themes and the sorcerer Merlin from the developers of Play’n GO. In the world of online slots, medieval legends or the characters they are dedicated to are very often used. A lot of slots use the legend of King Arthur and his sword, but we do not know much about the wizard Merlin. Although, as myths say, he was a mentor and loyal adviser to King Arthur, and before that his father Uther. And now the Play’n GO development team has decided to release an interesting slot machine, which is completely dedicated to the sorcerer Merlin – called Rise of Merlin.

Opening the Rise of Merlin slot you will find yourself in the palace hall, with huge arches and large columns, this is the place that was chosen to place the game screen. On the technical side, the Rise of Merlin slot is equipped with five reels and ten pay lines. Based on the legend of the wizard Merlin, on the game reels, you will see the characters present in it, namely the owl, the white and red dragon, these images are average in value. To them, in addition, are added card names of the least value.

The main character, the sorcerer Merlin, is the most valuable symbol and when you appear on the playing field in the amount of five pieces, you will receive a prize 500 times greater than your initial bet. By the way, the crystal ball offers the same payments, which is both a wild and a scatter symbol, that is, for a combination of five images you will receive a prize 500 times your bet. Also, the crystal ball performs standard functions for replacing missing images in the game, and when dropped in the right amount, it activates free spins.

Bonus features of the Rise of Merlin slot

Free Spins feature – activated when 3 or more symbols appear in the form of a crystal ball on the playing field. After which you will receive the corresponding payout, as well as eight free spins. Before the rotation starts, you will see that symbols will appear in the crystal ball in order to choose one that will act according to special rules. The selected symbol, when it appears on the playing field in the right amount, will expand in order to completely fill the game reel on which it fell.

The advantage is that you will have the opportunity to increase the number of free spins. To do this, you need to get three more crystal balls during the function. Please note that after this, another expanding symbol will be selected. It turns out that the more scatter characters you get during the function, the more characters turn into expanding ones.

Summing up, despite the fact that the mechanics used in the Rise of Merlin slot machine are not new and are quite common among other developers, this slot turned out to be interesting, high-quality and it will definitely take its rightful place in the Play’n GO portfolio.