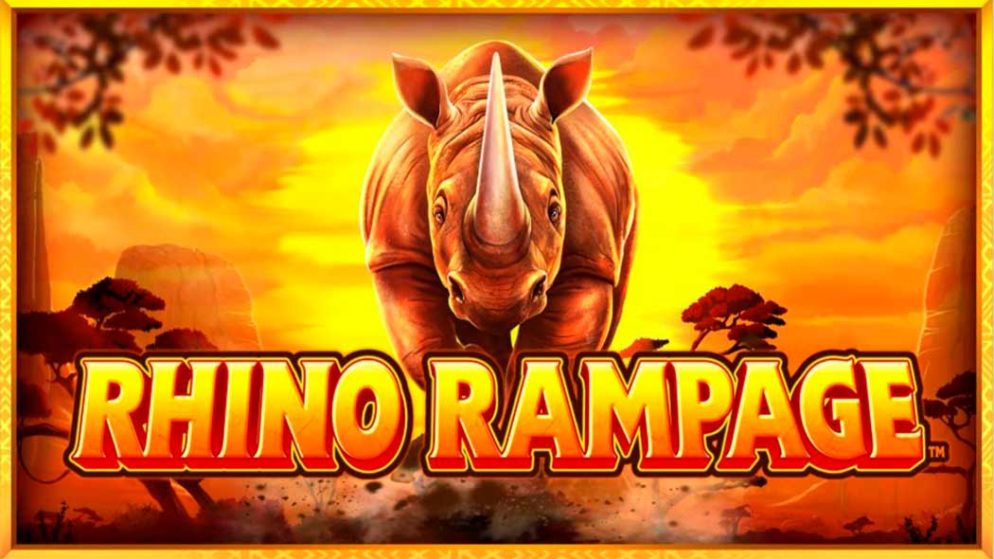 Rhino Rampage is another wildlife slot from Blueprint Gaming. Playing in the Rhino Rampage slot, you will go to the African savannah, where you will find wild animals led by a rhinoceros, in whose honor this slot machine was named. These wild animals are positive and have prepared for you features with which you can get closer to the treasured winnings.

The main actions of the Rhino Rampage slot take place against the backdrop of Africa glowing under the sun, where the Blueprint Gaming developers located the playing field equipped with five reels and 25 lines to form your winnings. Payouts are awarded when three or more of the same symbols appear on the same line from left to right, starting from the last reel.

Before you start playing you need to decide on a bet that ranges from 0.25 to 25 euros per spin. You also need to consider mathematical data, namely high volatility and fairly decent RTP. The total figure is 96.28%, which is divided into 96.28% plus 0.25% for the jackpot and 0.25% reserve.

Free Spins feature – activated when you get the scatter symbol on reels 1, 3, and 5 at the same time. Then you will be given five free spins with colossal 3×3 symbols. This means that at each spin a huge symbol will appear filling three reels at once.

Lightning Spins feature – activated in two ways. The first is when in the main game on one spin you get 6 symbols of the full moon. The second is when during the free spins one colossal symbol of the moon falls out. Whatever way this function is activated, players receive 3 Lightning Spins, during which only moon symbols will appear on the playing field. Your goal is to collect moon symbols to win cash prizes. Each time the moon lands, the number of spins returns to the original three. The moon symbols reflect cash prizes, as well as 3 fixed jackpots:

If you fill all 15 positions on the playing field with the moon symbol, you will win the progressive jackpot.

To summarize, I want to say that Rhino Rampage is a worthy slot machine developed by Blueprint Gaming, with interesting features, and most importantly with good winning potential. Enjoy browsing our list of the best new online slots and play each one for free.