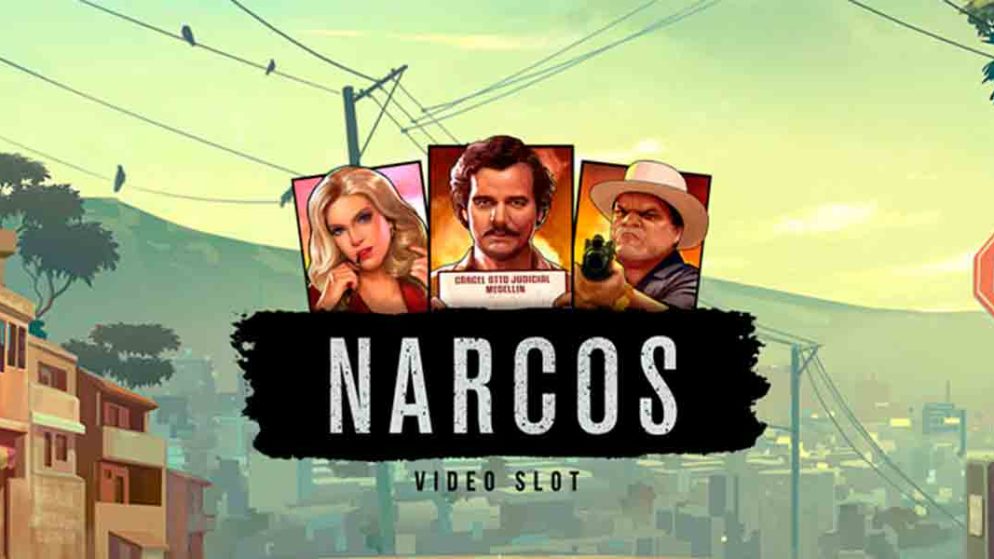 You can play the Narcos slot machine from NetEnt in the demo mode, completely free. Narcos slot has a return percentage of 96.23%, 5 spinning reels, and 243 paylines. There is no bonus game in the slot, but there are free spins, a wild symbol, a scatter symbol and a multiplier in the slot. You can play the Stickers slot in automatic mode, there is a Quick Spin mode in the slot.

Narcos slot based on the popular American TV series 2015, which gained wildly popular with viewers. It tells about the criminal empire of drug lord Pablo Escobar, by the way, many of the heroes of this series you can see on the playing reels. Over design, Netent, as always, worked at the highest level. The game, as in the series, takes place in Colombia, where Pablo Escobar began to develop his criminal activities. On the technical side, the Narcos slot machine is equipped with five reels and 243 ways to form winnings.

Players who watched the Narcos series will be glad to see familiar characters on the reels, because thanks to the quality work of Netent, they look very realistic. The characters in the game are divided into cheap: card names J, Q, K and A, medium: flamingos and aircraft, expensive: the four most significant characters in the series. Among the special characters, you will see: wild (police badge), Locked Up Symbols (Pablo Escobar), Scatter (car with the inscription free spins) and Golden Locked Up Symbols (suitcase).

Playing a Narcos slot you will find a wide variety of bonus features, each of which is interesting in its own way. Well, let’s see:

As a result, we can say that the Narcos slot is another great brand from NetEnt. In addition to the fact that it looks high-quality, it also has many bonus features. In order to learn more about the functionality of the Narcos slot, run it on our website and get acquainted with everything absolutely free. Enjoy browsing our best slots list with the newest games and find your one.