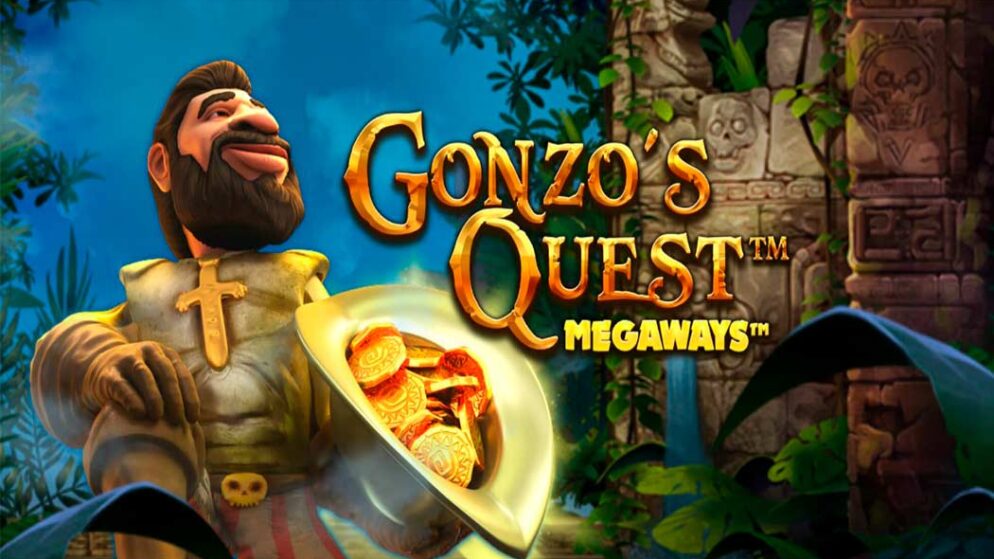 This time the main actions of the Gonzo’s Quest Megaways slot will take place on six reels, each of which can display a different number of symbols from 2 to 7. As a result, the minimum number of ways to generate winnings is 64, and the maximum is 117,649.

You can go on an exciting journey in search of Eldorado with Gonzo on all compatible devices by choosing a bet from 0.10 to 10 euros per spin. The volatility in the Gonzo’s Quest Megaways slot is quite high, the RTP is higher than in the original and is 96%, the maximum payout per spin is x20,000.

Avalanche feature – The original Gonzo Quest slot was the first to implement this feature. Naturally, it is also present in the updated version. This means that when you get a winning combination of images, the participants in it will be removed from the playing field, making room for new ones falling from above. Thus, giving the opportunity to receive several wins in one spin.

Avalanche Multiplier feature – this feature is related to the previous one and is also familiar to many thanks to the original version. Its meaning is that with each avalanche (sequential win) the multiplier will grow. It goes like this:

Unfortunately, the multiplier is reset if the spin does not bring a win, as well as after you have reached the x5 multiplier and received a payout.

In addition to the features described above, the Gonzo’s Quest Megaways slot machine is not found in the original version.

Another feature that awaits you in the Gonzo’s Quest Megaways slot is the Free Spins feature. You can access it with the help of scatter symbols (gold coin). This happens when three or more scatters appear on a payline. After that, you will get 9 free spins for three scatters, plus three more spins for each additional one. Free spins can also be started using a wild symbol, for example, if there are 3 scatter symbols and 1 wild on the field, you will receive 12 spins, respectively.

During these spins, all the above-described features are active, the only difference from the main game will be the increased multiplier values ​​for consecutive wins, which have values ​​x3, x6, x9, x15. Also, do not forget that scatters remain in the game and can bring you more free spins.

In conclusion, I would like to say that Gonzo’s Quest Megaways is an excellent continuation of the beloved slot, which, thanks to its advanced features, will definitely take pride of place among the majority of players.