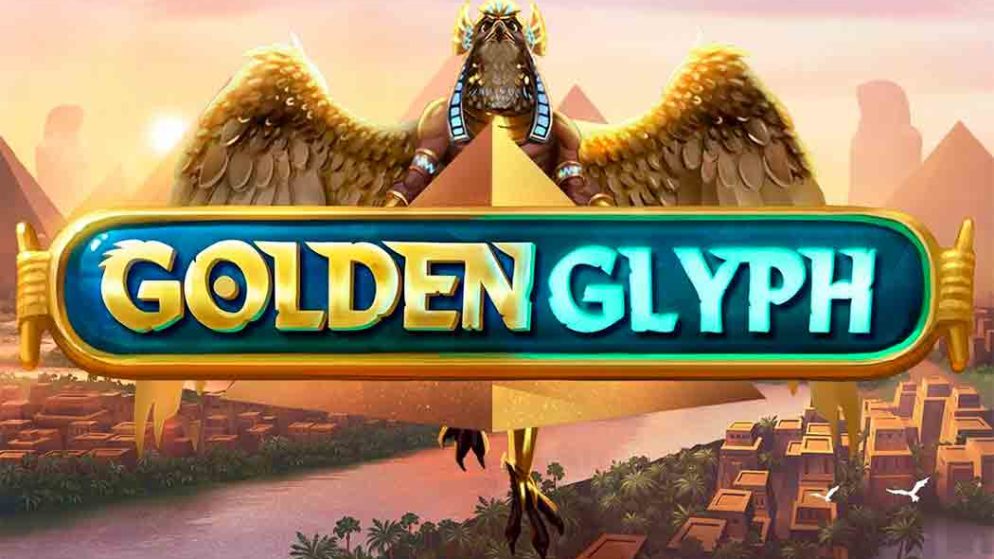 Playing for free in the Golden Glyph slot developed by Quickspin, we again have the opportunity to go to Ancient Egypt. The developers of Quickspin, as in principle, and most other providers, know that slot machines with the theme of Ancient Egypt are very popular. Despite this, various developers continue to release more and more new models dedicated to this beautiful place. But at the same time, trying to make your slot different from all the others. And I want to say that Quickspin did it and now we are presented with the Golden Glyph slot.

The design of the Golden Glyph slot machine looks amazing. The playing field is located on the background of various buildings characteristic of ancient Egypt. Behind the reels, you will see huge Egyptian pyramids lit by the bright sun. As for the technical characteristics, in the Golden Glyph slot machine you will not see the usual reels or lines. Instead, the developers offer us a huge 7×7 playing field, and the winnings will be generated using the Cluster Pays system.

The symbolism of the slot machine meets all ancient Egyptian requirements, so on the reels of the slot, you will see: various characters that are less valuable symbols, as well as Cleopatra, Tutankhamun and the god Horus. The latter is the most profitable and will reward you with a huge win 250 times your bid for a cluster of 15 or more such images. The Golden Glyph slot machine also has a wild symbol (letter W), which can replace any of the above images.

As in other slots with a cluster system for generating winnings, in the Golden Glyph slot, any symbols that are part of the winning cluster will be removed from the playing field. After that, the empty spaces will be filled with new symbols falling from above. This, in turn, can lead to new winning combinations and help you get more prizes.

Also in the Golden Glyph slot, there is an interesting feature called Power-Up. Pay attention to the semicircle located on the left side of the playing field. At the beginning of each rotation, this ball will be filled with five balls with different images. The fifth will always be Free Spins Power Up. When a winning cluster contains Power Wild, it charges these balls in sequential order until free spins are triggered or the spin brings a win. Here is what awaits you:

Concluding, I want to say that Golden Glyph is a magnificent cluster slot developed by Quickspin, playing in which you can get good prizes and also have a great time.