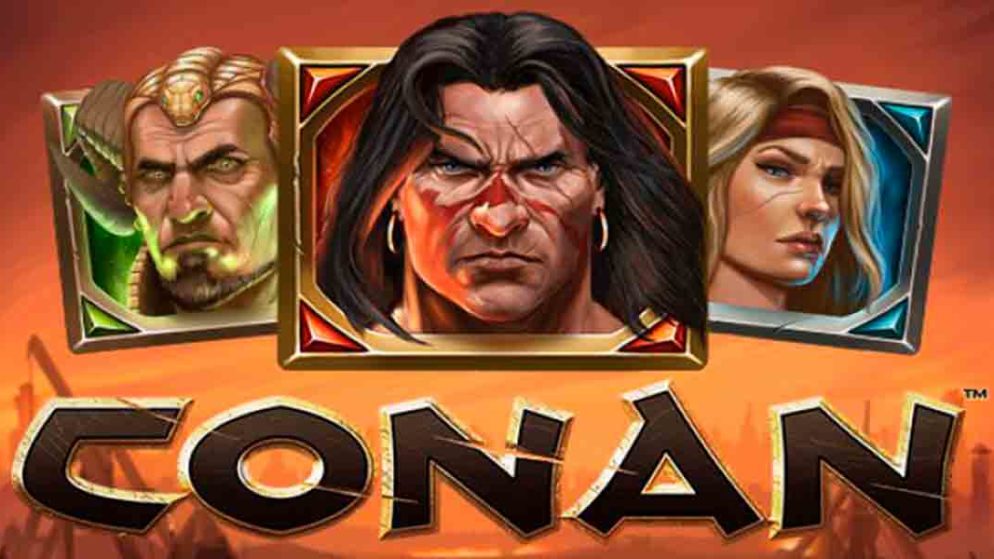 After a grand announcement about the Conan slot machine was held at the iGaming conference in London, it became one of the most anticipated games of this year. And now, after a long time, we have the opportunity not only to read but also finally play the Conan slot machine based on the fictional barbarian warrior from Cimmeria. This hero appeared thanks to the writer Robert Howard in 1932 in a series of stories about the “Hyborian Era”. But the greatest fame came to him after the advent of an adventure film called “Conan the Barbarian” in which Arnold Schwarzenegger played the main role.

The design of the Conan slot machine is made in a cartoon style, it looks interesting and of high quality. The game takes place in the Hyborian Era, which is fictional in the history of mankind and the first reliably known fantasy universe. The playing field is located on the background of a snowy village, and the main character regularly appears on it. On the technical side, Conan is a six-reel slot machine with 24 paylines on which combinations are formed using the Pay-Both-Ways system, which means that you will receive wins from left to right and from right to left.

The Conan slot is playable on all compatible devices with a minimum bet of 0.20 euros per spin. The symbolism of the slot machine is fully consistent with the chosen theme, on the reels you will see coins with snakes, lions, and eagles, as well as hooks, swords, helmets, famous characters and, of course, Conan himself. An ancient shield with swords acts as a scatter symbol, and there are two types of wilds in the game – Tower and Battle.

Please note that the playing field is divided into three sections (2 for each reel) – each of them is associated with a certain function, which is activated when the corresponding symbol appears in the corresponding section. Here’s what is suggested:

The Conan slot machine also comes with Linked Reels. Its meaning is that the pairs of reels in each of the three 2×4 sections can combine to show the same set of characters. This increases your chances of a good win or the launch of the features described above.