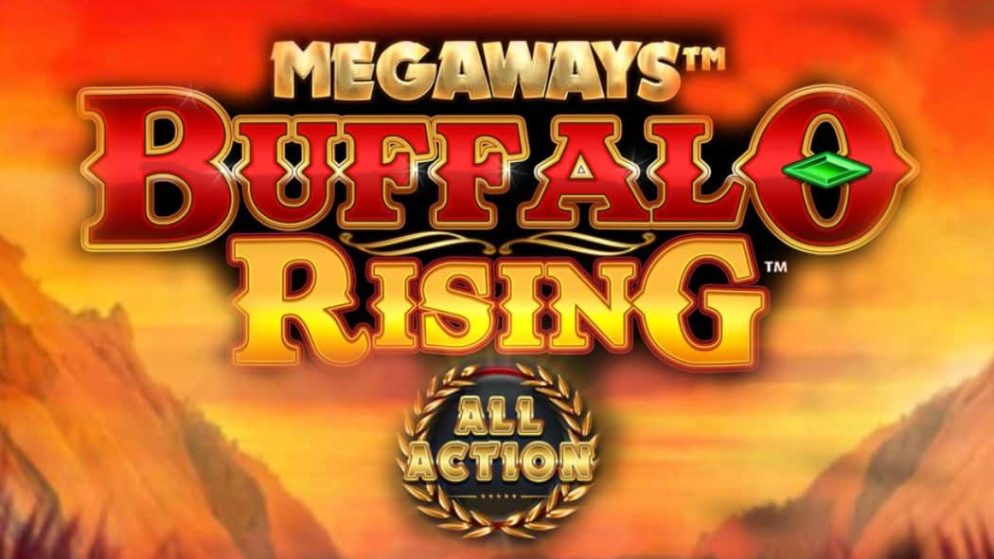 So the Blueprint Gaming company, instead of presenting to our attention a new slot machine, decided to release an updated version of an existing slot. Buffalo Rising Megaways All Action, which we will talk about today, became such a slot because those who follow the work of this developer will probably already be familiar with the original slot called Buffalo Rising Megaways.

As for the design, in both models, it is almost identical. The main actions will take place in the deserts of North America, which is inhabited by a variety of wild animals. The only difference is that in the first version, actions take place during the day under the scorching sun, and in the second – in the evening against a background of a beautiful sunset.

From the point of view of technical characteristics, in the Buffalo Rising Megaways All Action slot, as well as in the original version, you will find six reels and 117,649 ways to generate your winnings. The symbolism in both models is also identical and consists of card names from 9 to A, as well as four animals: a graceful deer, gray wolf, brown bear, and buffalo.

The golden buffalo symbol is a wild symbol and replaces all the images in the slot except for the scatter (gem). Wild can only appear on an optional horizontal reel. Also pay attention to the Mystery Simbol (sunset) which, when it appears on the playing field, will turn into one set of randomly selected symbols.

Bonus features of the Buffalo Rising Megaways All Action slot

A distinctive feature between the Buffalo Rising Megaways and Buffalo Rising Megaways All Action slots is that in the second version you will not see the base game. Instead, as soon as the slot is launched you need to select a bet, after which you will immediately see four possible options for free spins. Your task is to choose one of the proposed options. It could be:

During the round of free spins, you will benefit from a growing multiplier which will increase by 1 for each consecutive win. In addition, you will have the opportunity to increase the number of free spins if three or four scatter symbols appear on the playing field.

After all free spins have been played, you will again be asked to choose a bet, and then you will determine how many free spins you want to activate.

In conclusion, I want to say that Buffalo Rising Megaways All Action will appeal to players who like to benefit from free spins, and not from the main gameplay. After all, as you already understood, the main game is simply not here.