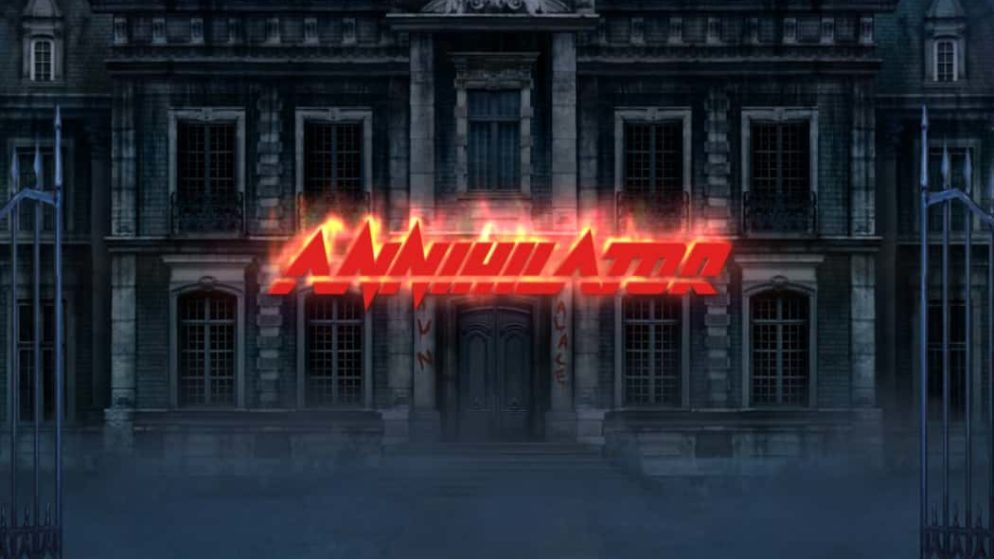 Annihilator is a branded slot machine with five reels, three rows and 10 fixed lines. All symbols provided in the slot play from three pieces (except wild), which means that to get a win you need to catch three or more identical symbols on one of the prize lines.

In order to start playing, you need to decide on a bet that ranges from 0.10 to 100 euros per spin. You can play the Annihilator slot manually or automatically on all compatible devices. The slot has high volatility, the default RTP is 96.20%. Max winnings per spin – x5000 (during free spins functions)

Special symbols of the Annihilator slot

Bonus features of the Annihilator Slot

Fun Palace feature – this feature is activated as soon as a symbol with the inscription Bonus appears on the second, third, and fourth reels. After which you will see dolls behind which there are instant cash prizes, and you have to choose them. If the doll hides winnings from x1 to x5, then the selection continues. If you get into a doll behind which there is a cash prize from x10 to x50, then the round ends. Also, the round ends if you get into the doll behind which the scatter symbol is hiding, in which case you will be given access to the Set the World on Fire round.

Another way to access the Set the World on Fire round is if scatter symbols appear on the first, third, and fifth reels. After this, you will get 8 free spins with an extended wild symbol. Before each free spin, the extended wild moves left or right by a random number of reels. At the same time, the moving wild symbol highlights certain positions with a fire trail, the height of which can be 1 or 3 symbols.

If a wild symbol lands in any of the highlighted positions, it turns the entire fiery trail into a wild one. The Free spins function cannot be restarted, but each time a scatter symbol appears on the playing field, you will receive two additional spins. The maximum number of free spins is 50.

And the last feature that awaits you in the Annihilator slot is called In Command. It is activated randomly and when this happens all wild symbols located on the field expand. If this does not bring any winnings, then you get a respin with extended wild symbols held in place. Repeated spins continue until you get a win.

Concluding, I want to say that Annihilator is another high-quality and interesting slot machine dedicated to a music group. Playing the Annihilator slot you will have a great time, you can listen to the songs of this group, as well as earn good prizes.